Woman seeks owner of a beautiful dog found in Ballymahon

Dog found along the Royal Canal between Brannigan and Toome 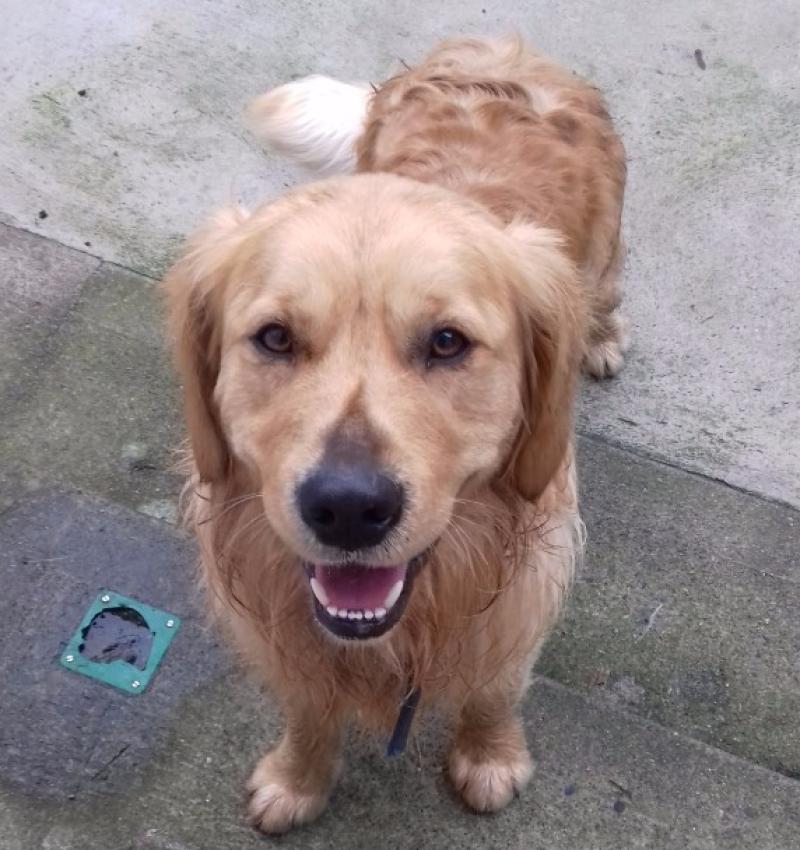 A beautiful retriever was found along the Royal Canal yesterday, somewhere between Brannigan and Toome.

Angela Walsh was walking her own three dogs along the canal when the beautiful golden retriever followed her home.

Speaking to the Longford Leader, Angela explained that she was unable to find the owner.

The dog is very friendly, male and has a blue collar. He also has a very recognisable black marking above his nose.

Angela is eager to return the dog to his owner as she says he seems to want to go home.

Anyone with any information should contact Angela directly at 0870626202.

Read next: Owner of a beagle dog missing in Longford increases reward to €1,000 in effort to find him