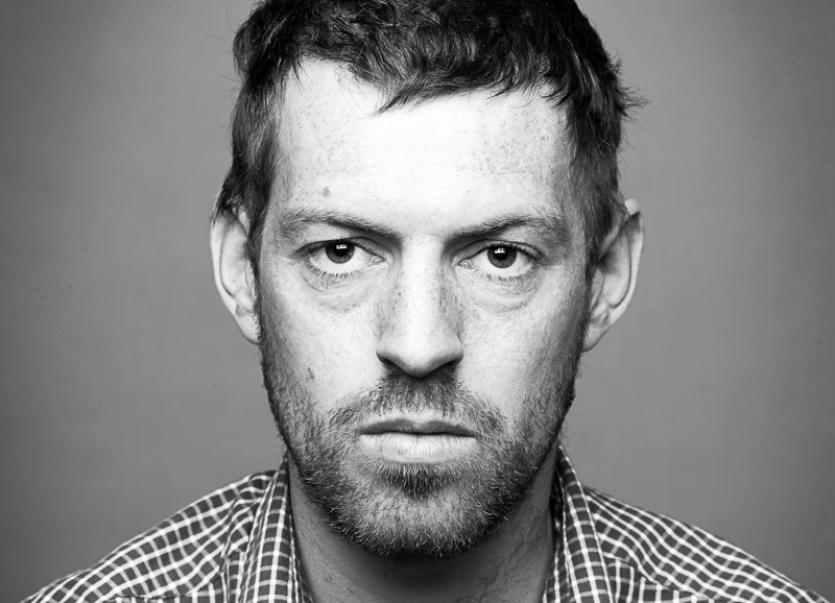 Engineering isn't usually a career you would associate with writing but, in his debut novel, Ballymahon man Adrian Duncan proves that creativity runs in many forms and good stories can come from all backgrounds.

Adrian will launch Love Notes from a German Building Site on April 11. The novel tells the story of Paul, a young Irish engineer, follows Evelyn to Berlin and begins work on the renovation of a commercial building in Alexanderplatz.

Wrestling with a new language, on a site running behind schedule, and with a relationship in flux, he becomes increasingly untethered.

Set against the structural evolution of a sprawling city, this meditation on language, memory and yearning is underpinned by the site’s physical reality.

As the narrator explores the mind’s fragile architecture, he begins to map his own strange geography through a series of notebooks, or love notes.

Paul’s story will speak to anyone who has known what it is to be in love, or exiled, or simply alone.

Adrian himself is a Berlin-based Irish visual artist who originally trained as a structural engineer. His short form fiction has appeared in The Stinging Fly, gorse, The Moth, The Dublin Review and Meridian (US), among others. His feature film on Irish engineer Peter Rice, co-directed with Feargal Ward, will be released in 2019.

In September 2008, Adrian left his career as a structural engineer to study fine art at IADT and NCAD, Dublin. Around this time, he also began creative writing classes in the Irish Writers Centre and, for the following three years, learned the basics of writing fiction and non-fiction and some of the skills pertaining to visual art.

“By 2011 I was living in a small house in Dublin 7 with my girlfriend, Niamh, and our dog,” Adrian explained.

“I had a few part-time jobs and spent the rest of the time writing and trying to make art. Ireland was crumbling at this stage, but during this ‘unproductive’ time, the techniques I was learning in writing, editing and sculpture opened up new ways of thinking for me: something I felt I had a duty to protect.

“I was 33 and it was the first time in my adult life that I spent more than half of my working week pursuing ideas and projects that interested me and which had no use outside of that interest – but by late 2012 I was completely broke. Niamh and I were struggling to pay bills and this opening in my mind was being closed over again by one unrelenting question: how will I cover the rent this month?

“In September 2013 Niamh was offered work with a small English-language publisher in Berlin. We cleared our house in Dublin and left almost immediately.

“In Berlin I wrote and worked on projects in between stints of employment. Then, in early 2014 I read a book called The Wrench by the Italian author Primo Levi.

“It was the first piece of fiction I’d read where the narrator was an engineer (albeit a chemical engineer; Levi himself was a chemist) and this novel told me then that it was possible to write accurately about technical things in a way that might be compelling for those who are not engineers or who are not ‘technically minded’.

“That summer I came across a lovely table and chair left on a street near our apartment. I lugged it home, and it was on this I wrote my first draft of Love Notes from a German Building Site.

“It’s a novel about a young engineer called Paul who follows his girlfriend to Berlin, and begins work on a building site in the centre of the city. During Paul’s time on this job, he is thrust up against the chaotic daily tasks of construction while also wrestling with a new culture and a difficult language.

“The book is as much a story of emigration and learning a new language, as it is a description of the hierarchies and frenzy of the contemporary building site. It is also a book about a person learning from these extremes some truths about himself and the people he loves.

“The effort and complexity of building, I believe, is beautiful, and it took the risk of leaving structural engineering behind me to allow the poetry of that space to speak in my mind,” Adrian concluded.

Love Notes from a German Building Site will be published by the Lilliput Press on April 5 and launched on April 11.