I Declare Before God: twin tales of injustice by local author 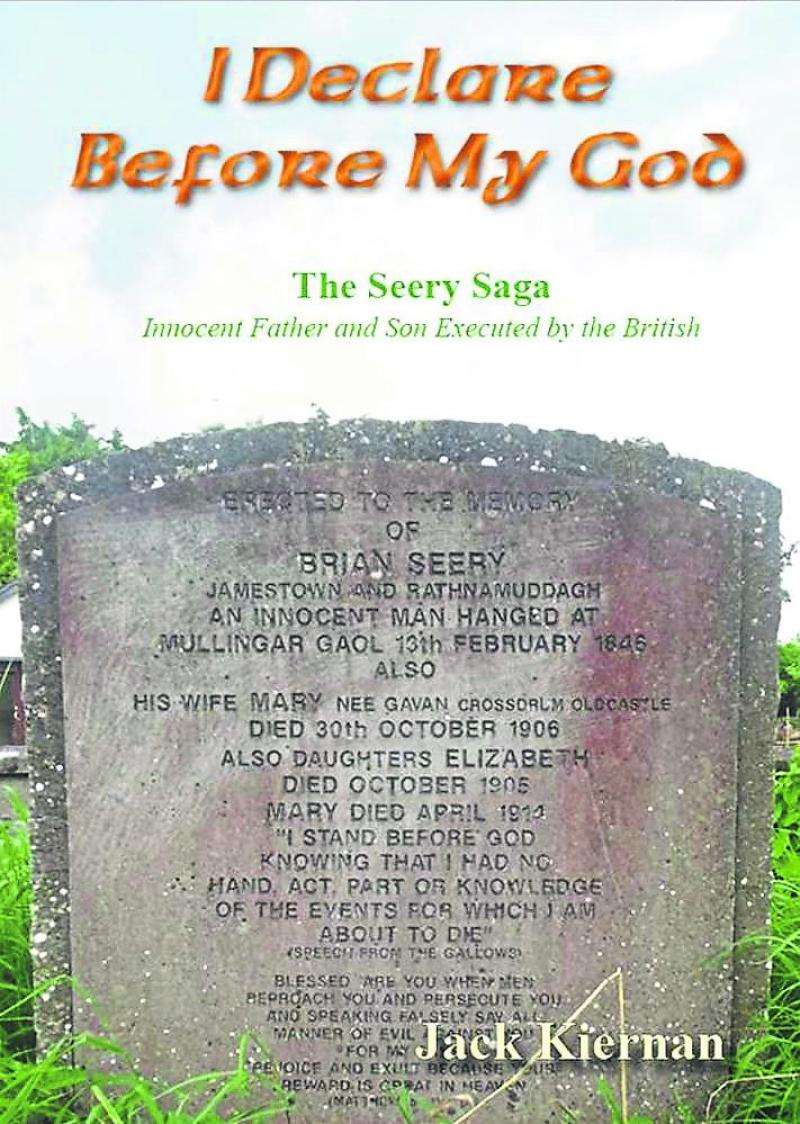 I Declare Before God: twin tales of injustice by Mullingar author

I Declare Before My God: The Brian and James Seery Story is the latest offering from Mullingar author and historian, Jack Kiernan. In it, he introduces us to, not one, but two tales of 19th century miscarriages of justice.

The accounts relate to incidents and events that happened 24 years apart and even on different continents. However, what draws them together is that they involved the deaths of a father and a son, both convicted and sentenced to hang in separate circumstances that were not just suspicious but aroused widespread public indignation and concern.

Brian Seery was executed in Ireland on 13 February 1846, outside Mullingar Gaol, having been charged and found guilty of the attempted murder of Sir Francis Hopkins, a local landlord. This was in spite of what a contemporary observer (the author, Charles Dickens) described as, "extremely questionable evidence and his own persistent protestations of innocence".

As Seery stood on the gallows, while raising his crucifix, he said in a calm, loud and steady tone, with an emphasis of awful and terrible solemnity:“I declare before my God that I had neither act, hand, part or knowledge in the crime for which I am going to die here!”

When Brian Seery died, he left behind a wife and a young family of five, including a son, James, who would later move to Australia, finding work in the goldfields of the Gippsland region of Victoria. Charged and found guilty of the murder and mutilation of a fellow mineworker, he was sentenced to death and executed on 14 November 1870, aged just 33 years.

James Seery, like his father before him, was sent to an early grave on the basis of evidence that was questionable, to say the least. In the view of author, Jack Kiernan, in the Ireland or Australia of today, neither case would get into court.

READ MORE: No to Derryadd Windfarm group push ahead with objection plans.

Once again, Jack Kiernan carefully assembles the available evidence in a manner that lets the reader decide while, at the same time, leaving no doubt as to how he views the matter. He also offers a stinging critique of the prevailing colonial mindsets and Ascendancy attitudes of the time, which resulted in so many travesties of justice.

I Declare Before My God by Jack Kiernan is published by The Manuscript Publisher and is on sale now. It is available to buy online here, as well as certain bookshops. RRP €19.99.