Debut album in the works for Longford's Brave Giant in 2019 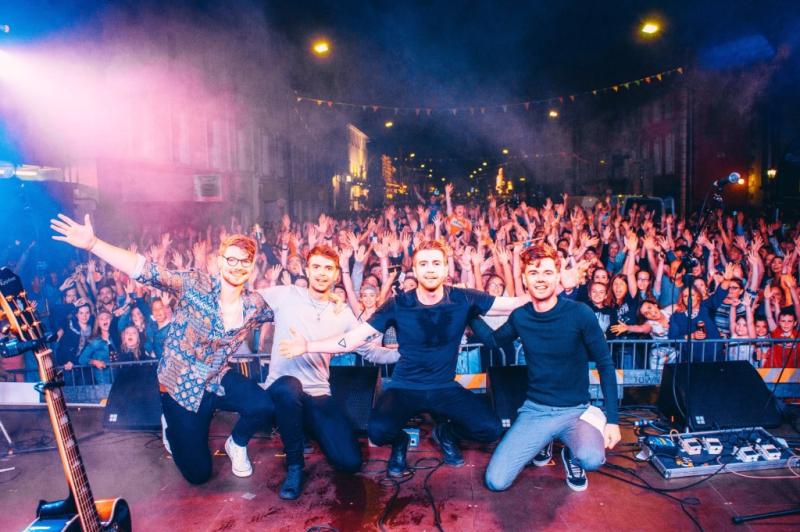 Brave Giant during their performance at the Longford Summer Festival.

It’s no secret that Brave Giant have been taking the country by storm these past few years, writes Jessica Thompson.

The four north Longford lads have only gone from strength to strength, especially this year, which saw the release of new music, massive sold out gigs, a performance for 83,000 people at Croke Park for the All-Ireland Hurling final day, and a number of festival appearances that knocked the socks off those who came out to see a good Irish band.

And 2019 is looking like it’ll be another whopper year for Brave Giant who are planning to release their debut album.

A release date is uncertain at the moment, but the lads’ main focus will be on the album, which will feature several incredible original tracks.

For now, though, you can catch the lads at the 3 Arena for the RTE 2FM Xmas Ball 18 on December 14, where Brave Giant will perform alongside the likes of Hozier, Walking On Cars, Chasing Abbey and Keywest. Tickets can be purchased at www.ticketmaster.ie.

The Longford Leader will be producing a 2018 Annual at the end of November, which will give an overview of some of the top stories of the year, as well as in-depth interviews with local personalities, including a detailed interview with Brave Giant.

Keep an eye on the shelves of local stores for this Annual at the end of November.