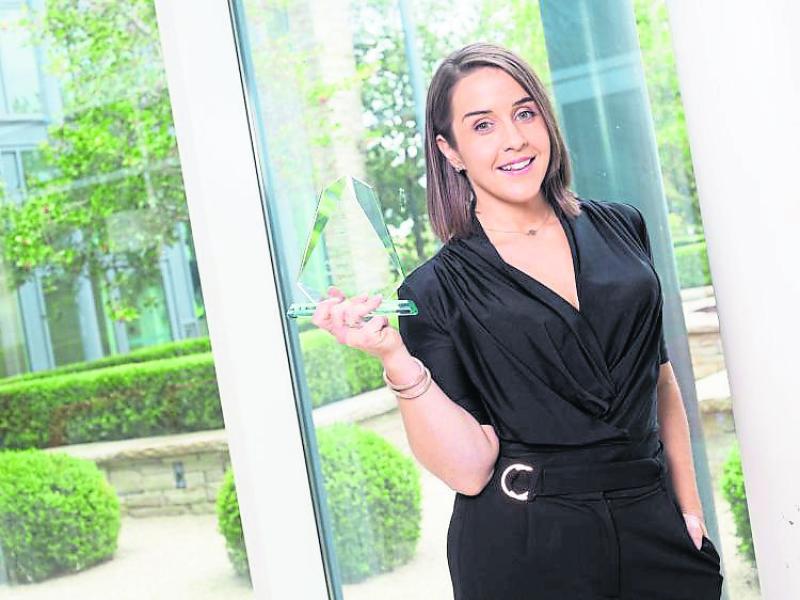 The Backstage Theatre in Longford is preparing for the inaugural National Lottery Good Causes Awards finals, which take place in Dublin this coming Saturday, November 3.

The local theatre beat off stiff competition to be announced as finalists in the Arts & Culture category for the Midlands Region in the Awards aimed at honouring the inspiring work and achievements of thousands of projects, clubs and individuals all over Ireland with the help of Good Causes funding.

Nearly 30 cent in every euro spent on National Lottery games goes back to Good Causes.

The awards will be televised on Virgin Media One TV on Sunday November 11 at 9pm and the MC is popular TV presenter Karen Koster.

There was great excitement when Virgin Media One visited the groups in the last week to film for the awards show.

The Backstage Theatre is a state of the art theatre boasting a 212-seater auditorium, an Atrium gallery and a studio performance space.

The judging panel, chaired by broadcaster and businessman Bobby Kerr, spent two days in Athlone meeting 36 finalists from all over Ireland.

The judging took place in the Hodson Bay Hotel.

Awards chairman Bobby Kerr said the judging panel had an incredibly hard job deciding on the winners for the competition aimed at honouring the inspiring work and achievements of thousands of projects, clubs and individuals all over Ireland with the help of Good Causes funding.

"We were blown away by the 36 presentations,” he said.

“Each of the groups we met are doing amazing work in their communities and were all winners in their own rights.

“The work that is being done all over Ireland with the help of Good Causes funding is outstanding."
National Lottery CEO, Dermot Griffin, congratulated the Backstage Theatre on coming through the Regional stage of the competition and wished them the best of luck on Awards night.

"We were overwhelmed at the level of entries we received for our first National Lottery Good Causes Awards,” he said.

“We had over 500 applications from every county in Ireland in all categories.

“Through these awards we want to show how people, organisations, projects and sports clubs are doing extraordinary things in their communities. This is work that often goes unrecognized."