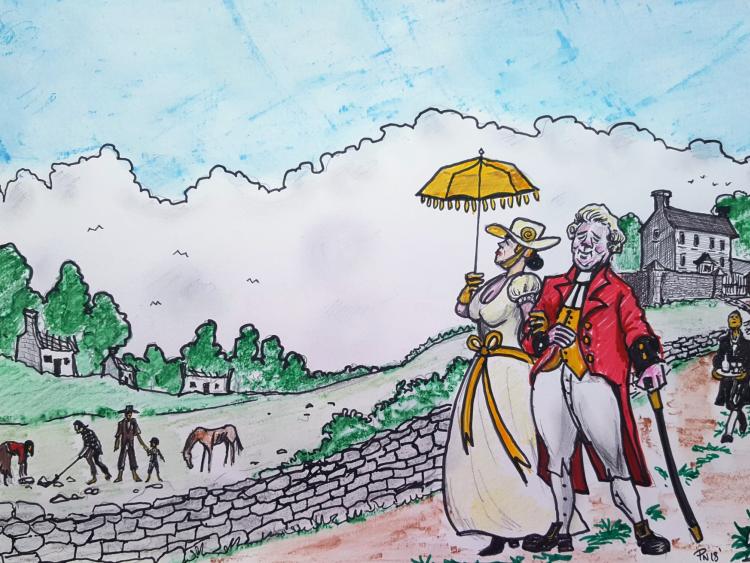 Backstage Theatre and Creative Ireland Longford in association with Captain Moonlight Theatre Company will be staging a new musical adaptation of Maria Edgeworth's legendary comic masterpiece to celebrate the 250th anniversary of her birth.

'Castle Rackrent' will be staged in the Backstage over three nights from Thursday 8th-Sat 10th November. For their latest Community Project the Backstage has commissioned professional Theatre Director and playwright Johnny Hanrahan to write a stage adaptation of Maria's celebrated piece that will bring together over 30 people of all ages from across Longford. This world-famous text, written in Edgeworthstown, is an exuberant satire of the landlord class who had complete control of land and politics in 18th century Ireland. Maria Edgeworth depicts them as a parcel of rogues and grotesques, hilariously addicted to wine, women, gambling, extortion, casual cruelty and just about every other vice available to them. She also manages to make them charming, witty, naive and sentimental and easy prey for the commercially-minded coming men of their day. Their whole story is told by their servant, Thady Quirk, who does a magnificent job of character assassination on each of the Rackrents, even as he protests his life-long loyalty to the family.

Castle Rackrent is gearing up to be an incredibly fun piece featuring musicians, dancers, actors and singers in this musical adaptation by Johnny Hanrahan, who recently wrote and directed Maria and Mind for the Edgeworthstown Literary Festival.

Castle Rackrent will run from Thursday 8th-Saturday 10th November at Backstage Theatre, Longford. Tickets priced €18/€16 are available on 0433347888, from Farrell Coy in Longford Town or online on www.backstage.ie