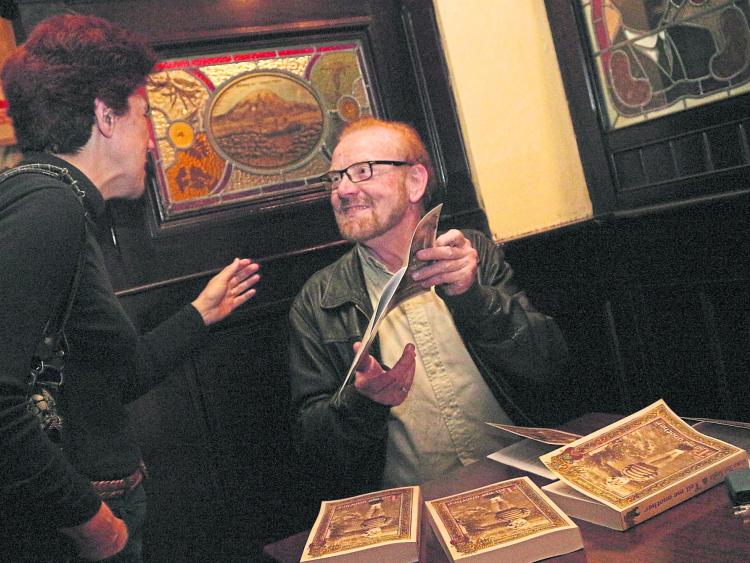 Séamus Mac Aogáin at the launch of his book 'Tell Me Another'. Photo: Morgan Fagg

Séamus Mac Aogáin from Abbeyshrule is a long way from home but he has settled in Spain since moving there on Saint Patrick’s Day 2003.

And this Friday evening, September 21, his play - 'La Reina de Corazones' (which translates as The Queen of Hearts) will be performed in Agulo in the Canary Islands.

Agulo is situated on the small volcanic island of La Gomera and this has been home for Séamus, who is fluent in both Irish and Spanish, since 2016 when he moved from Madrid.

Far from home but always in his heart, Séamus has written books about growing up in the midlands.
His first book was entitled, ´The Road to Abbeyshrule´ and his second book, ´Tell Me Another´, was launched in Madrid with friends and family who had travelled from Ireland.

The theatre tickets might not be expensive (€5) but travelling to the Spanish island at short notice can be and there are no direct flights from Abbeyshrule airfield to La Gomera.

The island is accessible by ferry after flying to one of the other Canary Islands and according to Séamus Mac Aogáin, it is well worth visiting. He is very grateful to the Mayor and Town Council of Agulo for their support and encouragement of the arts.

Séamus got involved with the literary scene on the island which had been in decline due to emigration to the Spanish mainland.

As a result, the Mayor, Rosa China has taken an interest in the play as a project and the cast have been preparing for the last two months with practice intensifying recently.

From one small island in the Atlantic to another, Séamus, after a lifetime in Athlone and Abbeyshrule, has settled on the island of La Gomera.

And while we normally talk about the luck of the Irish, it is time for the cast to ‘break a leg’ or as the Spanish would say, ‘Mucho Mierda’.