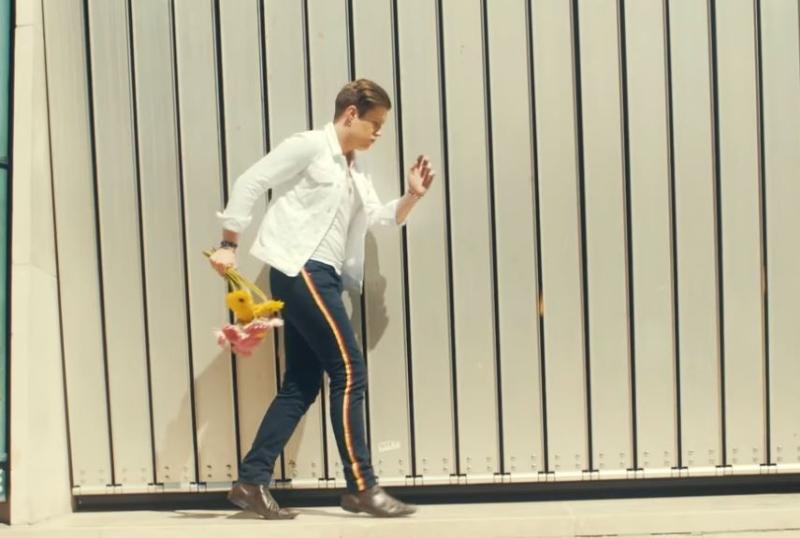 The eighties have come back in style in recent years, and pop-rock band State Lights allows listeners to travel back in time while also enjoying a brand-new experience.

The band recently released the music video for their latest single, 'Freedom', an uplifting song that combines alt-rock sounds of the 80s with stories of relationships and sexuality in modern times.

When the single was released, guitarist and Granard native Joe Regan told the Longford Leader, “‘Freedom’ is a song we wrote about setting yourself free from oppressive and toxic relationships; to go forth and live the life you’ve always dreamed of living.

“It’s about choosing to set yourself free and owning that power.

“In terms of the sonic identity of ‘Freedom’, we wanted the production to reflect the new, free-thinking era of Ireland that we’ve seen develop in the last few years; blended with an 80s alt-rock sound. It’s quite a colourful song!”

And the music isn't the only thing that can take you on a nostalgic trip.

The band have seen great success in Ireland in recent years; they made their television debut on the Ray Darcy show in April 2016, performed on the Late Late Show last May, appeared on Newstalk with Bobby Kerr last in June, to name a few.

Game of Thrones actor Liam Cunningham even appeared in their music video for 'Peace Will Come' along with other Irish celebrities.

State Lights appeared at Longford Summer Festival earlier this month and have played gigs in Backstage Theatre in the past, receiving a phenomenal response each time.

Joe Regan told the Leader previously that Backstage was one of their favourite gigs to date.

If you fancy seeing them live, the band will be performing an acoustic session for the Cruthú Arts Festival in the Longford Arms on Thursday, July 26 at 9.30pm.

They will also be playing in Artbeat in Waterford on July 21 and Castlepalooza in Tullamore on August 4.

It will only take one listen before you're singing their praises - and their catchy songs.