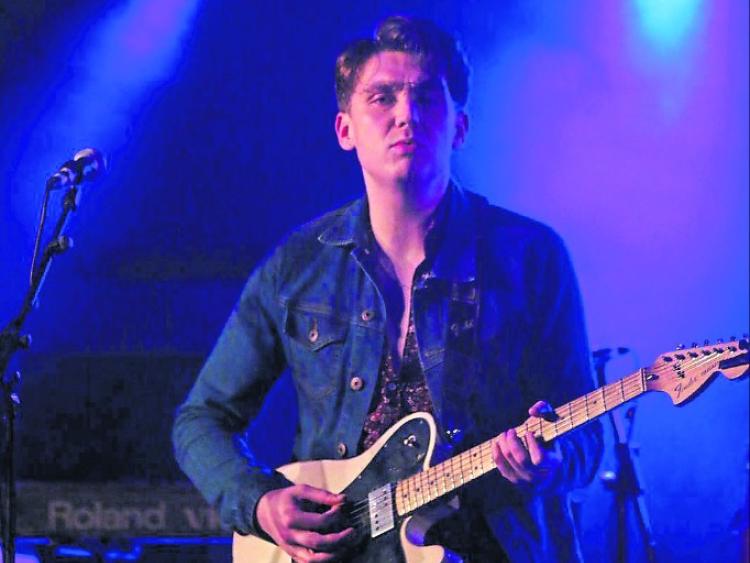 State Lights guitarist, Joe Regan, who is a native of Granard.

If you want to take a step back in time without actually time-travelling, just stick on some music by State Lights.

The band has been making a name for itself, particularly over the past year and even appeared on the Late Late Show with their catchy single, 'Peace Will Come'.

And it doesn't stop there. Last Thursday, the band released its latest single, 'Freedom', which is now available on iTunes, Spotify, and other online platforms.

“‘Freedom’ is a song we wrote about setting yourself free from oppressive and toxic relationships; to go forth and live the life you’ve always dreamed of living,” said the band's guitarist, Joe Regan, who hails from Granard.

“It’s about choosing to set yourself free and owning that power.

“In terms of the sonic identity of ‘Freedom’, we wanted the production to reflect the new, free-thinking era of Ireland that we’ve seen develop in the last few years; blended with an 80s alt-rock sound. It’s quite a colourful song!”

And he's not wrong. You only have to hit play to hear the 80s influence, fused with more contemporary songs to create a truly unique listening experience.

“We were also influenced by modern dance music going into this song, with artists like Calvin Harris, Avicii and Kygo in our thoughts whilst writing and producing,” said Joe, emphasising that this is a single that will appeal to a wide audience.

“We view it as one of our most upbeat songs to date, and we can’t wait to play it during the festival season!”

State Lights have played a few gigs in the Backstage Theatre in the past year, receiving a phenomenal response each time.

If you are hoping to see State Lights live, they'll be knocking about over the upcoming festival season.

“We play Groove Festival in Bray on July 7, Artbeat in Waterford on July 21 and Castlepalooza in Tullamore on August 4,” said Joe.

'Freedom' can be downloaded now via all the main music platforms.