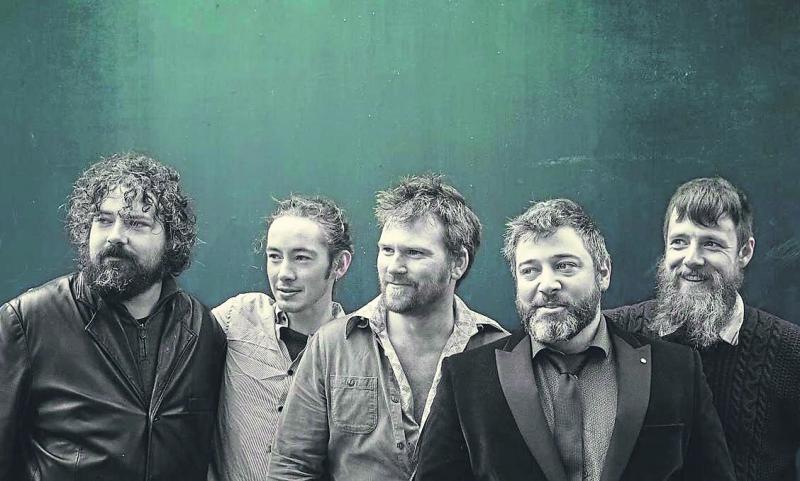 All For Me Grog, is the show that brings you the songs and story of Ireland's most internationally famous folk band of all time - The Dubliners - and it's coming to the Backstage Theatre on Thursday, February 8.

Presented by the Liberties, who, in replicating the original Dubliners lineup of Ronnie Drew, Luke Kelly, Barney McKenna, Ciaron Burke and John Sheehan, with the exact same instrumentation and sound, bring to the stage a show of uncanny similarity to the most fondly remembered and successful Dubliners lineup.

The unique and wonderful voice of Ronnie Drew, is brought to life by a true son of Dublin, Wayne Wilder, who is probably the most authentic Ronnie sound alike in the entire world.

With his red hair and powerful melodic voice, Donegal banjo maestro James Gallagher, not only looks like Luke Kelly, but sounds so close to the man, that it has to be a fluke of nature.

Bardan Johnson, is a man who can produce sweet backing on the fiddle. And the jigs and reels, which he plays in the style of John Sheahan, he performs with aplomb and finesse.

While Jeremy Jenkinson, with his bushy beard and twinkling eyes, plays the whistle with the sweet tone and quirky twirls of fellow Dublin man, Ciaron Burke.

The man sitting down, his nimble fingers dancing effortlessly along his banjos fretboard, is Clare native, John Hill, playing his heart out in the style and humour of Barney McKenny.

Seven Drunken Nights, The Irish Rover, Scorn Not His Simplicity, Follow Me Up To Carlow, The Wild Rover, Mollie Malone, Weila Waile, Black Velvet Bad, McAlpines Fusileers etc, will have you clapping your hands, stomping your feet and singing along to this uplifting two hour show.

All For Me Grog - the Songs and Story of the Dubliners is a show to delight all lovers of rousing song, music and craic.

The show will come to the Backstage Theatre on February 8 at 8pm.