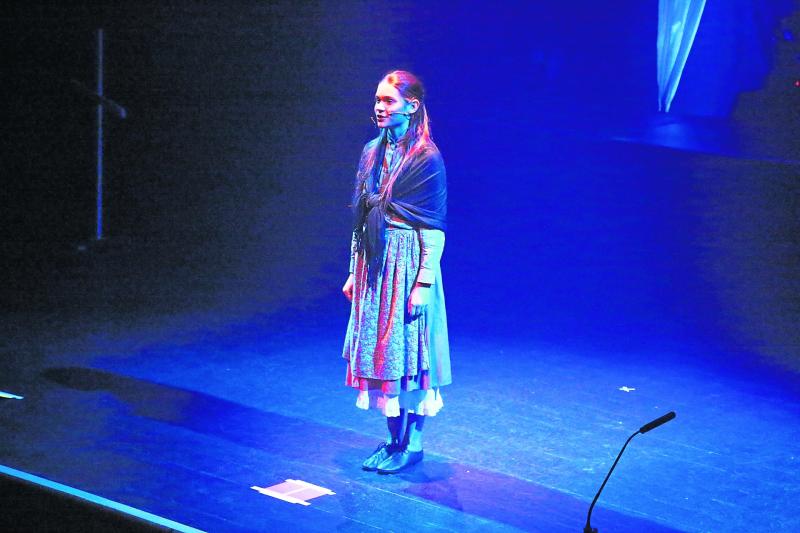 Caoimhe on stage singing 'The Green Fields of France'

Evolution Stage School was flung onto the national stage on Friday following the posting of a video of one of the performances from the recent show, Don't Stop Believin', which took place in the Backstage Theatre a few weeks ago.

'Green Fields of France', sung by 13-year-old Caoimhe Mooney has received over half a million views on Facebook and thousands of comments, likes and shares since it was posted on Friday.

The video was shared by the Irish Daily Mirror and the Irish Independent online and immediately received a lot of positive feedback.
“Caoimhe is from Drumsna and attends our classes in Longford every Saturday,” said Paul Hennessy of Evolution Stage School.

“Between the two videos Caoimhe has accumulated close to 1.5 million views on Facebook and YouTube with thousand of shares likes and comments.

“She’s a wonderful young lady and all her friends and classmates in Evolution are delighted for her.

“Caoimhe will be part of the 80 strong Evolution choir singing in 'The Snowman' in the Bord Gais on December 16 and 17.”

To watch the full video or to see photos of the show, visit www.longfordleader.ie.