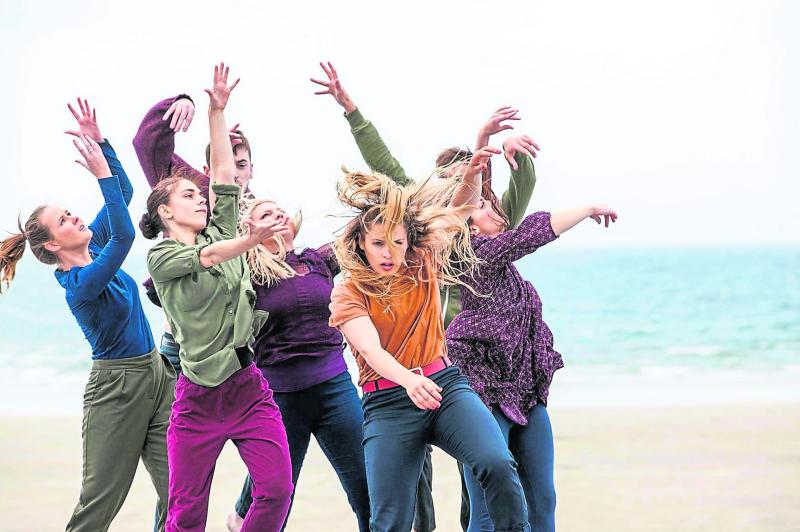 Welcoming the Stranger’ is a moving and compelling dance piece inspired by the stories of migrants and refugees from Gaza, Iraq, Syria, Africa.

This December, Backstage Theatre, Longford is embarking on an exciting project with their artist in residence, choreographer and dancer Catherine Young, redeveloping her highly acclaimed work ‘Welcoming the Stranger’.

‘Welcoming the Stranger’ is a moving and compelling dance piece inspired by the stories of migrants and refugees from Gaza, Iraq, Syria, Africa.
The piece was first commissioned as part of the 1916 Casement Project celebrations to premiere on Banna Strand.

In light of the location - a beach and the on-going migrant crisis, with refugees being washed up on shores daily – Catherine wanted to create a work that looked at how Ireland could be if there was real understanding and inclusion between communities.
If Roger Casement were to wash up on Irish shores 100 years later, what kind of Ireland would he want to see?

Since its premiere, this critically acclaimed piece has performed at the Ramallah Contemporary Dance Festival in Palestine as well as Culture Night Dublin and The Big Bang Festival, to name but a few.

In this redevelopment of the piece, Catherine will be working with people throughout Longford - locals to the area and those from overseas who have come to call Longford their home.

She has broughtboth communities together through a series of workshops and rehearsals throughout October and November, and her efforts and the efforts of the group will culminate in a performance in the Backstage Theatre on Friday December 15, alongside a group of world-class professional dancers and musicians.

Through these workshops and rehearsals, the Irish and migrant communities in Longford have come together to move and be moved, sharing their stories, their culture, their music, their food, their language as Catherine gently guided the group towards the creation of a work for performance.

Kids dancing alongside adults; a multi-generational, multi-ethnic work where rhythm is the common language, not English; this true coming together of people and cultures, through their music, dance and song is set to inspire audiences locally to embrace cultural difference and which will provide an opportunity for new migrants to engage with people from the local community, encouraging them to become involved with arts activities and arts organisations on a long- term basis.

‘Welcoming The Stranger’ has been overwhelming for both the participants and the audiences alike.
It has moved people profoundly and is a real testament to social inclusion and the value and richness of cultural diversity, showing that we are more similar than different and we have a lot we can share and learn from each other.

Projects like this break down barriers, bring people together in a very close and real way and, through the creation of art, allow participants to form strong bonds of friendship and solidarity with each other, getting rid of preconceived notions and biases.

The invitation to perform in the Ramallah Contemporary Dance Festival in Palestine in 2017 was a statement of intent by the people of Ireland to play our part in welcoming the stranger in the future.

The Arts, and dance in particular, transcends politics, religion and language and can work to bring people together and towards integration.
In present times, we need more art and projects like these to forage a way forward through the negativity and shine some light on how things could be.

Backstage Theatre have joined forces with Shawbrook Dance in Legan, Co Longford, who are providing accommodation and technical supports and expertise in support of the project.

The project is also supported by Co Longford Arts Office, Longford County Council and the Department of Justice Integration Fund.
Tickets and further information on Welcoming the Stranger are available on 043 33 47888 or www.backstage.ie.