Taking a musical tour of Lanesboro and Ballyleague on TV 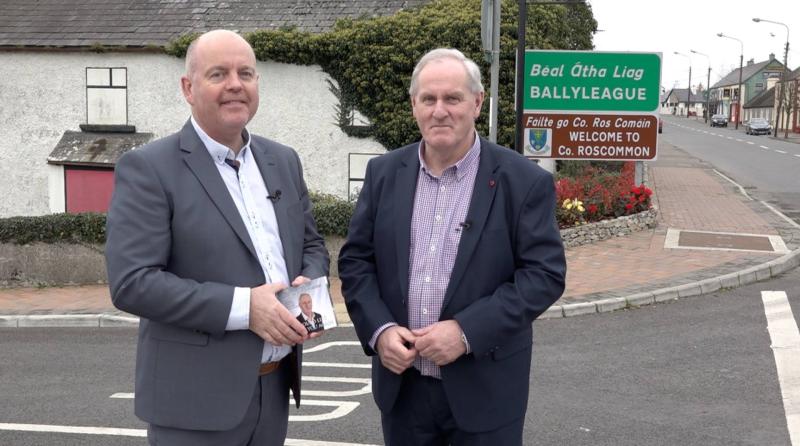 The town of Lanesboro will feature prominently next week on our TV screens as the popular country music show 'Ireland's Country' airs on Sky 198 on Tuesday, November 14 at 9pm with the repeat show on Thursday at 9pm.

Brendan Magee will be joined by local man Sean Brennan as his guest co presenter for the show which will see the very best in country music grace the screen.

Sean said he was delighted to be asked to co present the show.

“When Brendan Magee contacted me, I immediately said yes, as it's a great opportunity to be a part of this great programme,” he added.

“It is also a wonderful opportunity to be seen by an audience not only in Ireland but also all over the UK as well.”

The show will cover Séan’s musical tour of the shannonside towns of Lanesboro and Ballyleague as well as the beautiful village of Cloontuskert.

So, don’t forget to check out Sky 198 next Tuesday evening for a night of entertainment with Brendan Magee and Sean Brennan.