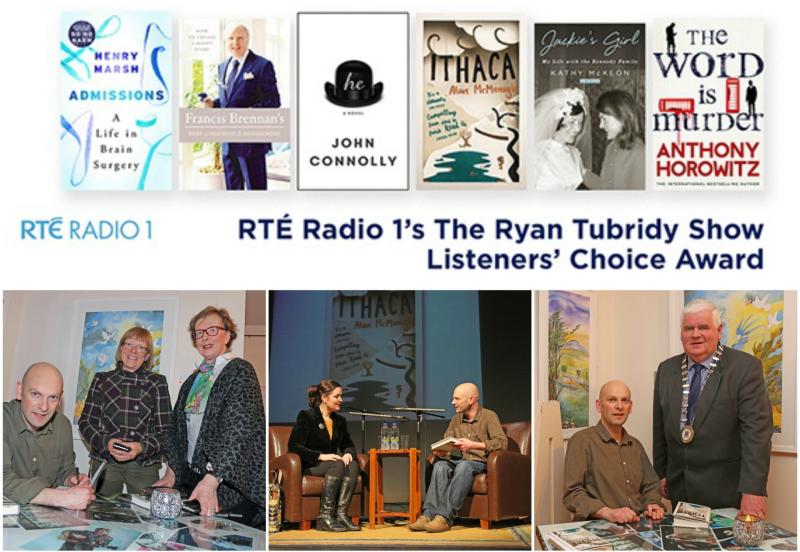 'Admissions: A Life in Brain Surgery' by Henry Marsh; 'Francis Brennan's Book of Household Management' by Francis Brennan; 'he: A Novel' by John Connolly; 'Jackie's Girl: My Life with the Kennedy Family' by Kathy McKeon; and 'The Word is Murder' by Anthony Horowitz.

‘Ithaca’ is a quest story about a boy’s search for a foothold in the world he is growing into. In a time of general uncertainty - the story unfolds in the aftermath of the collapse of the Celtic Tiger - and of personal confusion, the narrator of the story is seeking a measure of stability and security.

You can vote for Alan McMonagle and 'Ithaca' HERE

Those who vote will be entered into a draw to win €100 of National Book Tokens.

You may also be interested in reading:  Longford author to launch debut novel

The Bord Gáis Energy Irish Book Awards are a set of industry-recognition awards set up by a coalition of Irish booksellers in 2007.

The over-riding motivation behind the awards is to celebrate the extraordinary quality of Irish writing, to help bring the best books to a wider readership annually, and to promote an industry under severe competitive pressures.

Local writer Alan McMonagle is deservedly on the shortlist. Give him a vote for his wonderful book ITHACA https://t.co/PzqsmUxkDd

From a small base of three initial categories, the awards now include fifteen categories spanning the literary genres. Thousands of ordinary readers vote to select the winners every year. Libraries and bookshops showcase the best books of the year in the critical sales period of the fourth quarter.

The Awards Dinner has become the major event in the literary calendar with Taoisigh and Presidents as guests of honour. Since 2011, highlights of the awards have been shown on RTÉ television.