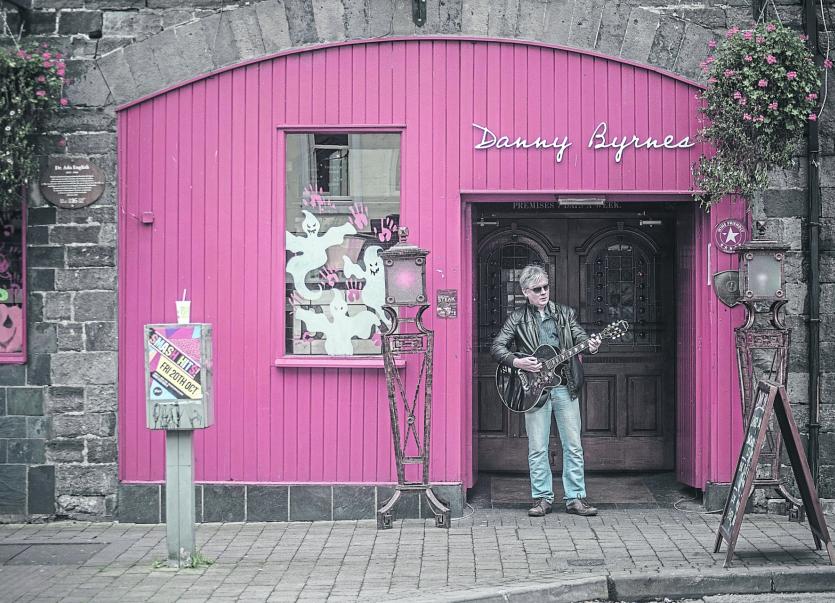 It's no secret at this stage that Longford is filled with outstanding talent when it comes to the local music scene.

And it comes as no surprise that there's more talent in the county than meets the eye.
Enter the Longford Leader's resident musician, David Clarke: archivist by day and musician by night, David recently released his debut single, 'Help Me Get My Feet Back On The Ground', which is available now on iTunes, Spotify, Amazon and Google Play.

“The lyrics themselves aren't about me, but they would be relatable for most people,” he added, referring to the theme of the song: losing a friend.

“I tried for years to write something decent and it wasn't happening for seven years.

“Then something just broke and this is the first time I've written anything that I thought was good enough.”

David started learning to play the guitar at the age of ten. His brother was his teacher.

As a teenager, he had a band with another few lads in St Mel's and they performed at the school Christmas concert in 1988.

But, sadly, music fell to the wayside as adult life took over and it wasn't until he did an Arts degree and came to work for the Longford Leader that he finally turned his attention back to music.

“I put an ad in the Longford Leader for band members and through that I met two guys from Leitrim and we formed a covers band,” he explained.

“We performed at Leitrim's Got Talent seven or eight years ago, and we did a few gigs around Leitrim.”

With influences such as Chris Isaac, Tom Baxter and Billy Idol to name a few, the band were a hit, but they didn't get their big break.

It was some time after Leitrim's Got Talent when David started getting advanced guitar lessons from Tommy Doherty, who he called “the best guitar-player I ever met”.

“He really pushed me hard and I got a lot out of it,” said David, adding that Tommy introduced him to a lot of music that, to this day, still influences his own writing.

And it was Dwight Dwyer, Creative Director of Black Caviar Music Publishing who saw the talent in David's music.

David was soon signed up for a single song contract with Black Caviar - the result of which is 'Let Me Get My Feet Back On The Ground'.

But he has no intentions of stopping at one single and hopes to wow Dwyer with more of his music this November.

Since writing his debut single, David has written three other songs he deems worthy of attention.

“I'm hoping if he (Dwyer) likes the next song, he'll get me to do an album or an EP.

“He's also talked to me about gigging, but I only have four songs at the moment.”

But with the talent demonstrated in his debut single, it's doubtful that David will stop at just four songs.

So far, his debut is very popular in Denmark, Norway, Australia and Malaysia.

“It's a contemporary folk song and they like their folk in those countries,” he said.

But, as home-grown Longford talent, David is a musician that the county can certainly be proud of.

'Help Me Get My Feet Back On The Ground' is available now on iTunes, Google Play, Amazon and Spotify.