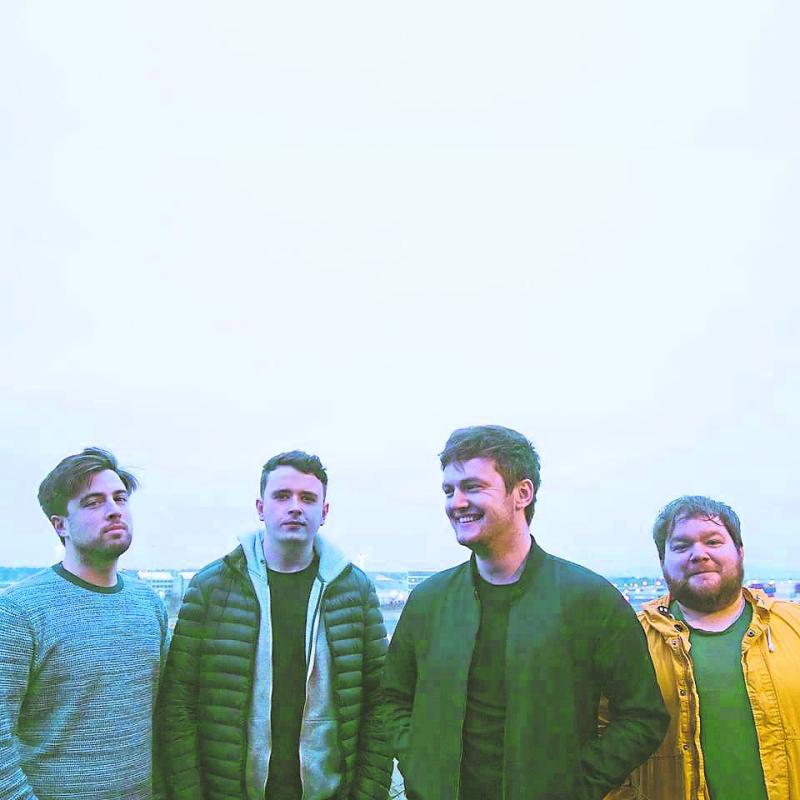 Midlands Indie-folk band FIELDS will play the Backstage this weekend

Indie-folk music fans are in for a treat this weekend as talented, four-man band FIELDS comes to town.

Featuring Longford musician Killian Leahy, this alternative-folk quartet have impressed audiences across the country at high profile showcases with a sound that marries the intimacy of folk-hinged story-telling with powerful melodies and carefully entwined harmonies.

Formed as a full collective in 2016 the other band members are are Seán O’Brien, Emmet Casey and Des Brodie.

The band will be releasing their debut album 'Cormorants' on the night.

“We've put a lot of work into the album this summer as well as playing a couple of festival gigs in Monaghan, Electric picnic and Whelan's summer 'Ones to Watch' festival,” Killian told the Longford Leader last week.

“We had our first headline gig in Dublin in May; we sold out Whelan's which was an unreal feeling!

“I'm Really looking forward to seeing young indie RnB band Painted Skies,” he added, referring to the local support band that will share the stage with FIELDS on Saturday night.

“We're delighted to have them on the bill. I've heard great things around Longford about them but never had the pleasure of seeing them live.”

FIELDS supported by Painted Skies play the Backstage Theatre this Saturday, October 7 at 8pm.
TIckets are €10 and are available for purchase on 04 33 47888 or www.backstage.ie.

To listen to a few of the band's songs ahead of the gig, look for them on YouTube.