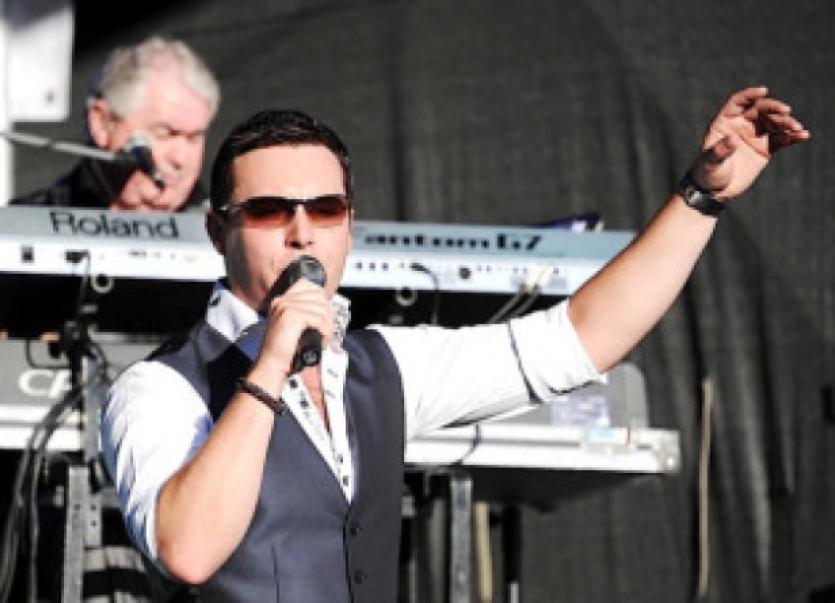 One of the much heralded trappings with the annual Marquee in Drumlish Festival is the whole spectre of volunteerism and community spirit.

Fronted by a committee of around half a dozen local residents it’s hard to quantify the amount of preparation and behind the scenes efforts that go into making the festival the abiding success it has steadily become.
Last year, crowds of around 6,000 or so visited the north Longford village and its surrounds, figures which organisers are quietly hopeful of matching or even bettering this time around.
“We have a vibrant mix of talent this year once again,” said committee member Ciaran Lennon.
“On the Friday we have the likes of Sean Rooney, State Lights and Chasing Abbey, all great artists in their own right.
“Saturday we have Robert Mizzell and Derek Ryan who will, we believe, attract large crowds and Sunday there’s four great acts including The Blizzards who are hugely popular and of course we have the local lads from Cronin and The Aftermath.”
Ciaran admitted that while the organising of such an impressive array of artists doesn’t come without its time consuming drawbacks, the Marquee’s appeal is perhaps more popular than it ever was.
“Each year continues to surpass the last,” enthused Ciaran, as he switched his focus to the many groups and local bodies the Marquee has helped in recent years.
“Every year we support community and voluntary groups throughout the parish.
“Over the years we have been in a position to support groups including Drumlish Tidy Towns, Ballinamuck Enhancement, Drumlish National School, Ballinamuck National School, St Christopher’s Services, Drumlish New Cemetery and many more.
“This year we hope to again support numerous groups whose backing has contributed the festival’s success thus far.
“In addition, all proceeds from this year’s bingo will go to Co Longford Hospice Homecare,” he said.
As always messages of appreciation were directed towards the event’s main sponsors Michael and Martin Mulleady from Mulleady Properties, communications partners, Imagine LTE and the O’Reilly family of O’Reilly’s Bar who are on-board as licensing partners.
Acknowledgements were also afforded to other local businesses who have pledged their support, which Ciaran added, was greatly appreciated.
And they say community spirit isn’t perhaps what it once was?