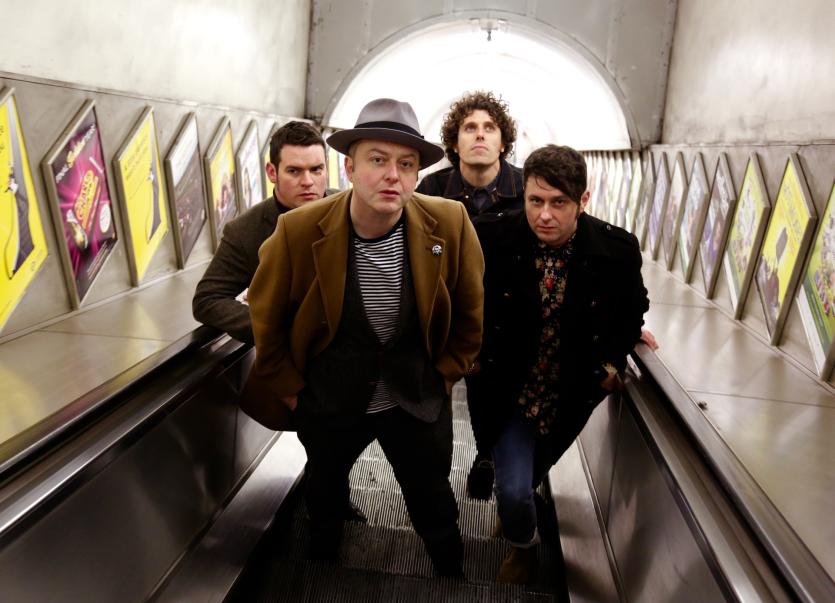 Drumlish brothers Mick and Johnny Cronin and their band, Cronin, return for their biggest run of Irish shows for new single release and vinyl release of debut album this month.

'Little London' was released on May 19 last and has enjoyed success so far.

"It's a dark, brooding tale of a young man trying to stop his love leaving him for the bright lights of London - kind of our Bond theme," said Mick Cronin, reflecting on the Scott Walker-tinged track.

To coincide with the release of the single, and the vinyl release of 'The First Kiss of Love' album, Cronin are doing their first Irish shows since their two-night run in The Olympia supporting Ocean Colour Scene in December.

Cronin is based around the two Longford brothers, Johnny and Mick, who have lived between Drumlish and Leeds in the past and are joined by Brian Murphy and Fiachra Milner.

The band has had a few eventful months while finishing off their debut album, with Pete Doherty giving them shout outs in arenas; Noel Gallagher hiding behind their CD cover to escape the London paparazzi; and Niall Horan turning up to their gigs.

The album has been a labour of love over three years for the band, who recorded it in their own Transmission Rooms studio with long term collaborators Ger McDonnell (U2, Manics, Dexys), Karl Odlum (The Frames, Fionn Regan) and string arranger Terry Edwards (PJ Harvey, Tindersticks).

Never a band to pass up an opportunity, Cronin have included quite a few names from the Irish industry on the album, from fiddling Waterboy Steve Wickham, JJ72's Mark Greaney, BP Fallon reading John Donne, Mod Godfather Jack Lyons reflecting on past love and The Pogue's Shane MacGowan giving one of his trademark screams, amongst others.

"It is quite a retro album and we hold our hands up to that. The influence of our heroes is all over it for everyone to hear. We sort of had to get these fantasies out of our system before we can move on as songwriters,” said Mick Cronin.

Sadly, there is no Longford gig among the many Irish tour dates, so far, but more dates are yet to be announced.

The nearest gig at the moment will be in The Stables @Smiddy's in Mullingar on Sunday June 4.

The album can be downloaded from Cronin's Bandcamp and Soundcloud profiles.