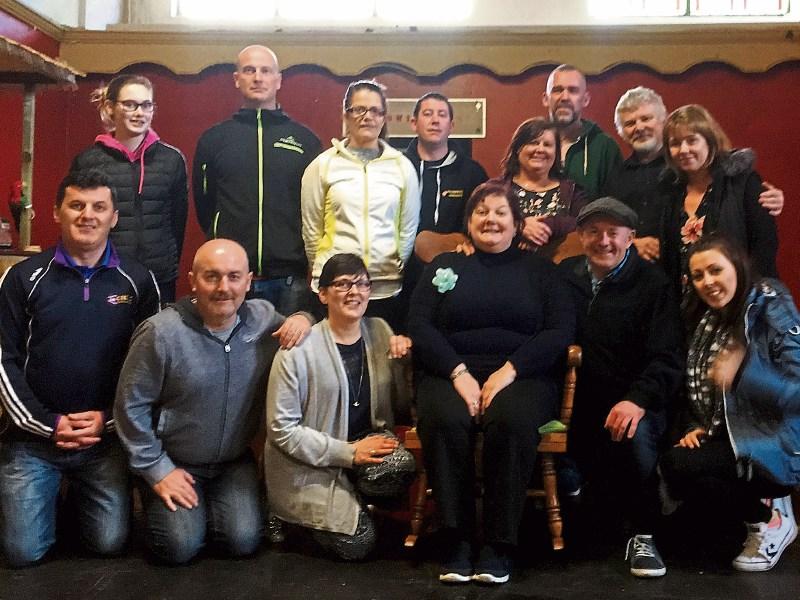 Mostrim Players are now in their fifth year of existence and they are putting the final touches on their latest production which is the hilarious comedy ‘Canaries’ by Irish Playwright Bernard Farrell.

This is the biggest undertaking by the Edgeworthstown drama group and one which will entertain the audience from start to finish.

In a new departure this year they have already performed the play in the Sean O’Casey Theatre in Dublin as part of the Five Lamps Theatre Festival and received a standing ovation from the large attendance.

‘Canaries’ is a comedy about Tommy, Marie and Marie’s father who go on holiday to the Canary Islands and meet up with Jane, Richard and their gang.

Drinking, lying, partner-swapping and amusing incidents follow and Tommy and Marie end up having a holiday that they will never forget – but not necessarily for the right reasons.

The play is set in a hotel bar in the popular tourist resort which is run by the handsome Carlos and his grandmother, Contessa.

An energetic German couple, Gunther and Erica, and an unlikely pair of Irish partygoers, Madelene and Fergus, together with the holiday rep, Samantha, add spice to the storyline which takes many twists along the way with laugh-out-loud consequences.

The cast is an eclectic mix of locals with some experienced campaigners and others who will perform in their first full-length play.

The production is directed by the excellent award-winning Vanessa Flood who brings her unique skills to the stage with super results.

The play hits the stage in the Park House Hotel, Edgeworthstown for three nights from Friday, April 28 to Sunday, April 30 with curtains up on all three nights at 8pm.

Entry is by ticket only with tickets available direct from the venue, from Majella Kelly on 087-2621538 or online at www.eventbrite.ie; tickets are only €10 each.

It should be noted that there are adult themes throughout the play and that parental discretion is advised for children under 15. For updates, follow Mostrim Players on Facebook.