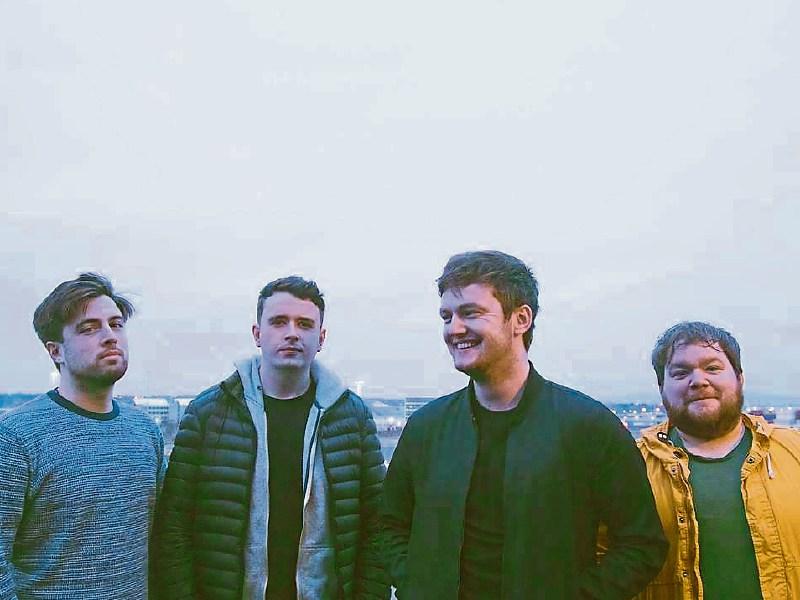 Indie-folk music fans are in for a treat this weekend as talented,  four-man band FIELDS comes to town.

Originally a one-man show, with Monaghan singer-songwriter Sean O’Brien featuring regularly on the singer-songwriter circuit, FIELDS shot to popularity last year following the release of debut EP, ‘In the Morning’.

Since then the band has gone from strength to strength, appearing at various festivals and, more recently, releasing a new single, ‘22:22’. Now they’re preparing to gig in the Backstage Theatre.

“We're just delighted to have been given the chance to play such a prestigious venue in Longford. Mona and the crew in Backstage Theatre provide an incredible stage for artists and musicians alike to display their talents,” said guitarist Killian Leahy, who is from Longford.

Killian has been playing music since he was a child and joined his first band, 8point6, when he attended St. Mel’s College. Supporting act for the Coronas, and winners of the first ever Longford Youth Factor, 8point6 were very popular with young people until they disbanded in 2010.

But seven years on, FIELDS is where Killian’s passion now lies: “It's seldom in life that you have something like music that you enjoy absolutely,” he said.

“It's always something to look forward to, whether it’s heading into the studio or just meeting up to jam out new FIELDS material with the lads.

“For most of us in FIELDS, it’s our first time recording a full album. We're loving the writing/production process at the moment and with our new single ‘22:22’ out on March 3, we can't wait for everyone to hear the rest of the album.”

The other members of the band, aside from Killian and Sean, are drummer Des Brodie from Cavan, and bassist/keyboardist Emmet Casey from Monahan.

FIELDS will perform at the Backstage Theatre on Saturday March 11 at 8pm and will be supported by local act, Sistir. Tickets are €10 at www.backstage.ie.