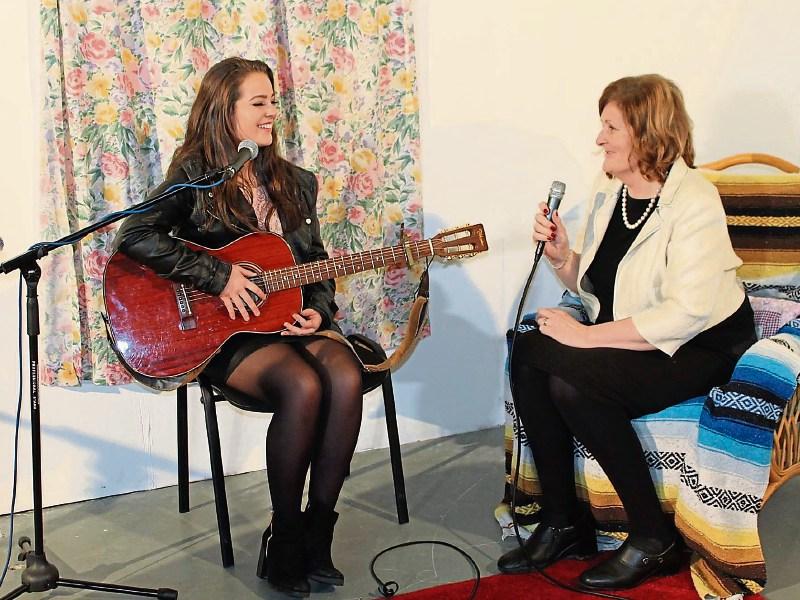 The wealth of Irish music in County Longford is captured in a new TV series presented by Anna Kavanagh.

The first of a new weekly series of "The Cosy Corner"  airs this Thursday, February 9 at 8pm on Crossan Cable and will also be available on the Outtake Community Media channel on YouTube.

This is a follow up to two documentaries "Fleadh Fervour" and "The Road to Ennis" which were recorded last year featuring Longford musicians and are available on YouTube.

"Some of the best Irish musicians in the country are from County Longford and are overlooked by the national media," Anna explains.

"I'm on a mission to showcase our musicians, young and old and viewers will not be disappointed."

More than 60 musicians and singers were recorded for the first six programmes in a specially designed set by Lily Mullen at the Outtake studio in Templemichael Business Park.

Seamus Clarke and Deirdre O'Byrne from  Outtake teaming up with Owen Catterall on sound and Andrew Carleton on camera means that Longford is now having its rich musical heritage recorded for the first time.

This has been made possible because of the generous sponsorship provided by O'Meara Auctioneering, Ballymahon; Durkins Jewellers, Longford; The Rustic Inn, Abbeyshrule and Joe O'Reilly and Sons VW, Longford. The next six programmes will be recorded at the end of February. Anyone who would like to take part or sponsor the series can contact Outtake Community Media via their Facebook page.