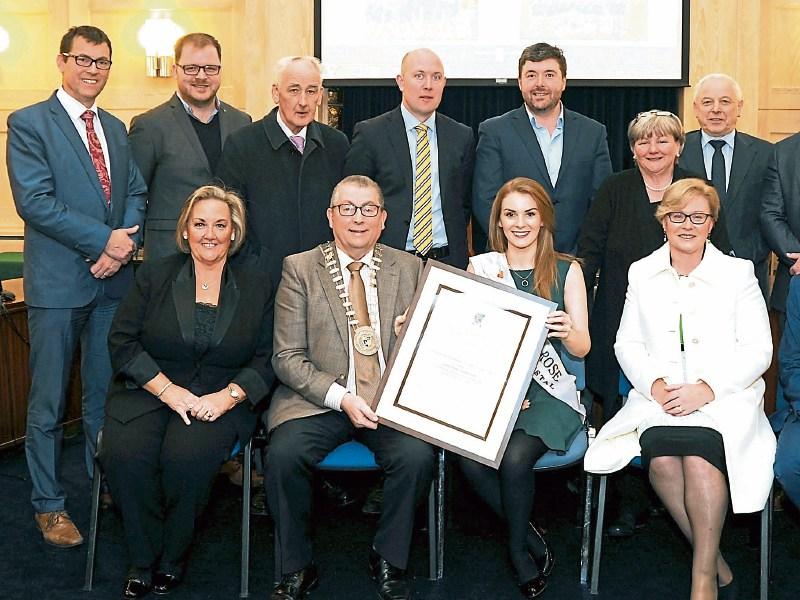 It’s been a whirlwind of a year for 2016 Longford Rose Caroline Doyle.

Reflecting on her tenure to date, Caroline laughed; “I never, going into 2016, thought I would have had the year I had, but it’s been amazing.

“The people of Longford have been so good to me and I’ve made some lifelong friends.”

Having wowed the country when she took to the stage, representing Longford in the Dome in Tralee last summer, Caroline didn’t choose the festival as her 2016 highlight - though it definitely featured towards the top. Her focus was entirely more local.

“I’ve loved going to all the events in Longford and building up relationships with the people,” she admitted.

“It’s such a nice way to get to know the different communities.”

Looking towards the future, Caroline has no plans laid out as of yet, but she hopes to continue her Rose duties with her trademark enthusiasm.

The Lanesboro native was also hopeful that 2017 will be a good year for Longford.

“I think we’re starting to think more positively about our county,” she reasoned.

“I hope in 2017 we just push ourselves forward. We’re an amazing county.”

Thanking her family, friends, the Rose committee and the Longford community for their continued support, Caroline concluded by thanking Longford County Council for honouring her with a Civic Reception in respect of her Rose achievements.

“I felt very emotional,” she admitted.

“It was a really, really nice touch. I’m still shocked and so privileged and so grateful.”