‘The Festival of the Dead: The Otherworld’ in Cavan this Halloween 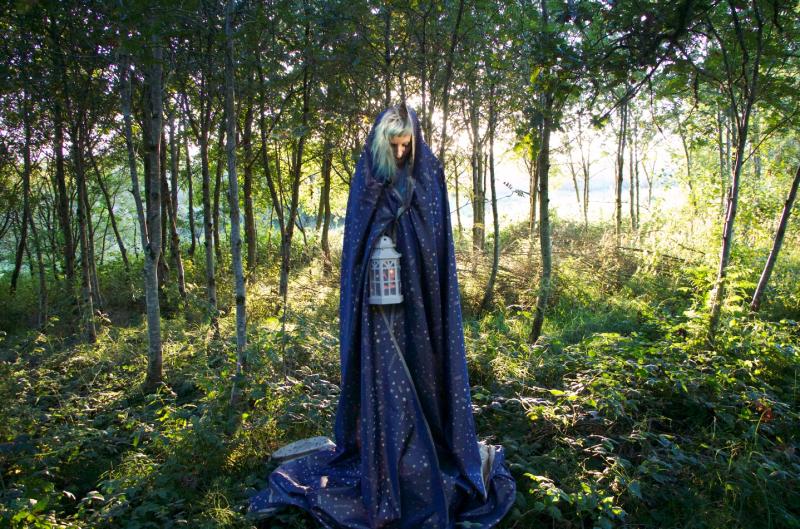 On Saturday, October 29, the festival will depart the Townhall to a mystery location on the other side, ‘The Paradise of Fools’.

Townhall Cavan will once again open the portal to the other side this Halloween as it presents, ‘The Festival of the Dead: The Otherworld’ from Friday – Sunday, October, 28 to 30.

A year since the first annual Festival of the Dead marked Townhall Cavan’s death as a municipal headquarters and rebirth as a vibrant cultural hub, the creative team will once again bring the people of Cavan and beyond on a dark and surreal journey through a weekend when we all feel the icy breath of the ‘other’ on our necks.

On Friday, October 28 at 8pm, cast and audience will engage in ‘Ritual’, as the portal to the otherworld is thrown open and the spectral Apple Queen invades our dreams.

From the weird and wonderful mind of two-time RTÉ PJ O’Connor award-winning playwright Philip Doherty, this dark spectacle will feature music, dance, and theatre. Marrying ancient tradition with modern performance art, this one-off piece will captivate and enthrall, as the living and the dead embrace the night as one.

Starring Hugh O'Brien, Patrick O'Donnell and Annie June Callaghan, this is a magical and haunting new myth between two lovers from the living world and the underworld. It is darkly comic and mysterious; different to anything else from Philip Doherty, more solemn, more of a spotlight on romance. The Gaelic festival of Samhain is traditionally paganistic, rich & dark, and the solemnity of these ancient rites will be mirrored in this visual spectacle that marries live music with dance, song and storytelling. You will be utterly immersed in the opening of the portal from the spirit world to the living world, don't miss!

Admission is €15, with tickets available from Multisound Cavan on 049-4361312 or townhallcavan.yapsody.com.

On Saturday, October 29, the festival will depart the Townhall to a mystery location on the other side, ‘The Paradise of Fools’. This surreal, macabre musical journey is the follow-up to last year’s sell-out ‘The Ship of Fools’ and promises to be a pulsating, dreamlike experience with over 150 performers. This is no schlock-horror haunted house, but immersive, subversive performance theatre on a whole new level.

Tickets are priced at €25 and are strictly limited, so book now at Multisound Cavan on 049-4361312or townhallcavan.yapsody.com.  'Paradise of Fools' is strictly over 18s only.

The festival draws to a close on Sunday, October 30 at 6pm with The Great Wheel of Fire street pageant, a parade of fire, music, and dance through Cavan Town, finishing with a ceremonial ‘burning on the lake’. Let go of the old and celebrate the coming winds of a glorious new year of culture and creativity. This is a free event. There will be free make-up at Townhall from 4pm.

Throughout the weekend, Townhall will also host ‘The Underworld’ by Johanna Nulty, a fascinating art installation which explores the process of crossing over. This sight, sound and smell ‘burial experience’ allows you to climb inside a coffin and see what it feels like to be buried!

Townhall will also host live music throughout the weekend.

See www.townhallcavan.ie for bookings or visit facebook.com/townhallcavan for more information.