Newtownforbes actress stars in 'Dare to be Wild' 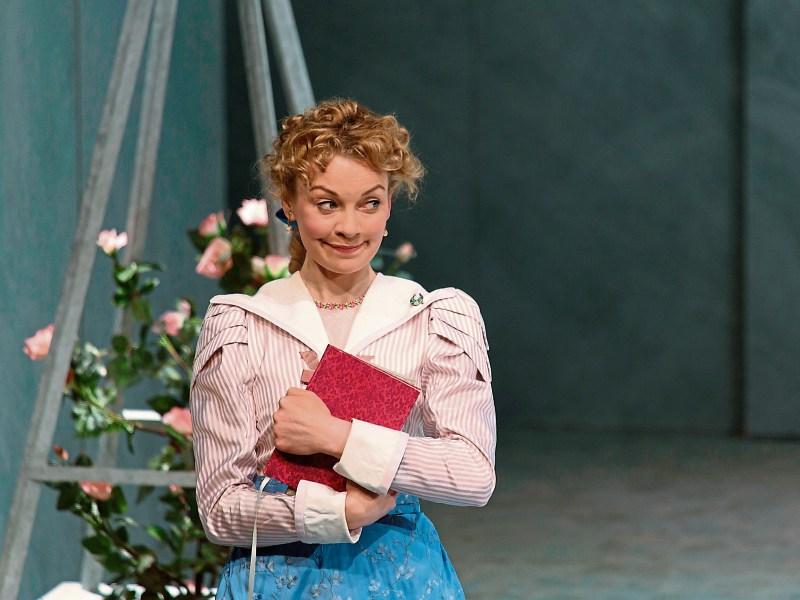 Newtownforbes actress Lorna Quinn walked the red carpet in Dublin and London earlier this month, as she attended the premiere of ‘Dare to Be Wild’.

A true story about a landscape designer from Wexford, Mary Reynolds, who was the youngest competitor and first Irish person to win the Chelsea Flower Show when she achieved the feat in 2002. Emma Greenwell plays the role of Mary, while Lorna acts opposite her as Mary’s best friend Eve.

Prior to its premieres, the feature film, written and directed by Vivienne De Courcy, had already garnered great praise, earning an Audience Award at the Jameson Dublin International Film Festival in 2015.

“I really enjoyed the premiere. It was wonderful to be there with my family,” Lorna told the Leader last week, admitting; “I spent more time watching their faces for reactions than I did watching the film!”

“‘Dare to Be Wild’ is a hugely thought-provoking film in terms of our relationship with nature, with how we look after our own patch of land, and also, with regard to the feeling that wild places give us,” Lorna continued.

“In the Q&A directly after the film, Mary Reynolds spoke about our role as guardians to nature, and [suggested that] rather than preen and manicure our gardens to ‘perfection’, instead we should work with nature and allow it to breathe with ‘life-force and atmosphere’.

“It certainly left the audience with a lot of food for thought, and anyone I spoke to after the screening inevitably ended up speaking about the great outdoors and their fond memories of childhoods spent running around fields and climbing trees.

“I think the film reminds us that places of wild beauty are all around us, and oftentimes, it’s in our own backyards.”

Lorna has also been keeping busy on the stage, most recently performing in Charleston, South Carolina with the Gate Theatre’s production of ‘The Importance of Being Earnest’. Lorna portrayed Cecily Cardew in the play, which was presented during the Spoleto International Arts Festival.

Lorna can also be heard on the small screen, as she narrates a six-part documentary series called ‘Emigration Nation’ for UTV Ireland.

“It is a ‘Loosehorse’ production, which follows Irish people who have made the move abroad to begin a new life,” Lorna explained. “The series is currently broadcast on Thursday nights at 7pm.”

As if all that wasn’t enough, Lorna is also currently teaching speech and drama with ‘Stage 51’ drama school in Dublin.

“I qualified as a drama teacher in 2008, and since then, I have managed to gain teaching experience in-between acting jobs which has proved invaluable to me,” Lorna added, before concluding; “It provides security in an otherwise insecure profession! It is also hugely rewarding work.”

'Dare to Be Wild' is currently showing at selected cinemas nationwide.