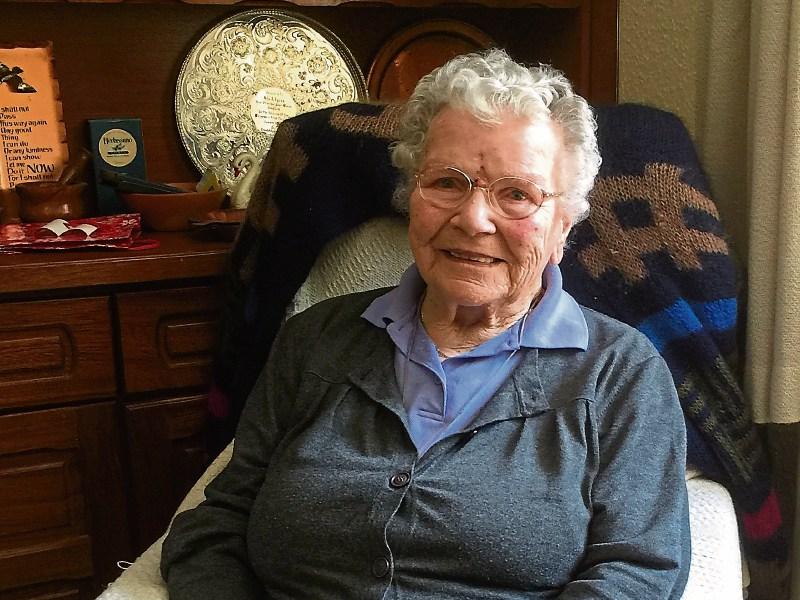 The Irish Traditional Music Archive in Dublin received a unique addition recently, when 101-year-old Longford woman Anne Byrne (née Gannon) donated her collection of recordings, which date back to 1954.

Her Webcor reel-to-reel tape recorder, on which all the audio was collected, was also donated and appeared at a recent exhibition held by the archive for Heritage Week, entitled; 'Recording the Tradition: Sound Technology & Irish Traditional Music’.

The tape recorder  was purchased by Anne in New York, where she was working at the time, but when she returned home in 1954, she couldn't  use the machine in her house, as it had not yet been reached by rural electrification and there were no battery facilities in such appliances.

According to Anne's daughter Úna, they had been hoping to get the tapes digitised to listen to them more easily. The recordings included Argentine music played by Anne's father Bernard who was born into the Argentine-Irish community in Argentina, as well as a recording of Longford's historic 1966 Gaelic Football win and the music of Edgeworthstown's Joe Callaghan and other members of the Gannon family. It was then that they were put in touch with the Irish Traditional Music Archive.

“Mum never set out to be a collector, but she just collected things,” Úna pointed out.

Though they recognised the historical significance of the recordings, the mother and daughter were surprised by the reaction to the donation, Úna admitted. Since attending the exhibition with Úna, Anne has appeared in the Irish Times and on the RTÉ News, amongst other media outlets, and has also become a hit on social media.

The recordings, which were lovingly preserved by Anne and Úna, will soon be featured on the Archive's website.

Happy that the recorder and the tapes have gone to a new home, where more people can enjoy them, Úna reserved special praise for Jackie Small from the Irish Traditional Music Archive.

“They gave us back copies of all the stuff that's on the tapes. You can stick a copy in the car and away you go!

“They're amazing, Jackie has done an amazing job transferring them onto CD, and they sound very good.”