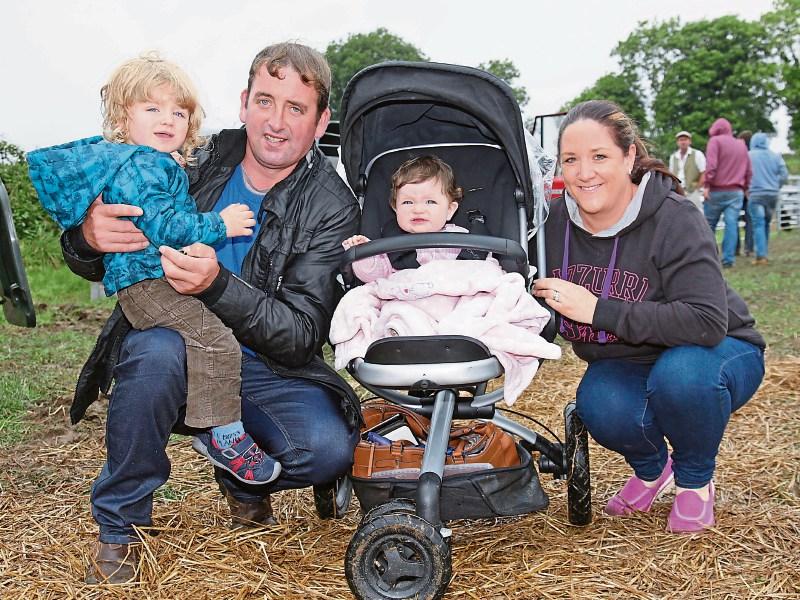 While Lisdoonvarna, Co Clare is a well known spot for match-making, it’s got some serious competition in the form of Drumlish, Co Longford.

Once renowned for the large number of bachelors in the area, the return of the Marquee in Drumlish festival has changed that.

It’s thought that at least four couples in the area have the festival to thank for facilitating their meeting. Orla and James Waters, who are based in Leitrim, are just one of those couples.

To set the scene: it was a Saturday night in 2011 and Ryan Sheridan provided the soundtrack when a reluctant  Orla (née Dunne), a native of Cloncoose,  was brought to the festival by her sister Maria.

“I wasn’t even going to go,” she told the Leader. “My sister was going with her friends and I didn’t even know any of Ryan Sheridan’s songs.

“I said ‘right, sure I’ll go up for an hour’,” Orla said, pointing out that she only lived up the road from the venue at the time.

Laughing, Orla then recalled how her sister had introduced her to “a friend” called James Waters. It was when he was gone to get Orla a drink that Maria confided that she had never met him before.

However, the two had hit it off and even returned to the Marquee the following night to see the Saw Doctors perform.

A year later, the two were engaged and an article written by this paper about their unique love story featured on the couple’s wedding video in 2013.

Last Saturday, they returned to the venue again to see Nathan Carter for the third year running and just like their first meeting, they decided to continue the festivities the following day.

It was on Sunday then, that they set off for the  Olde Fair Day in Ballinamuck, accompanied by two very special guests - their young children Mark  and Emma.

When asked if she would recommend the Marquee in Drumlish, Orla laughed; “Absolutely!”