Longford based musician looks ahead to All-Ireland Fleadh bid 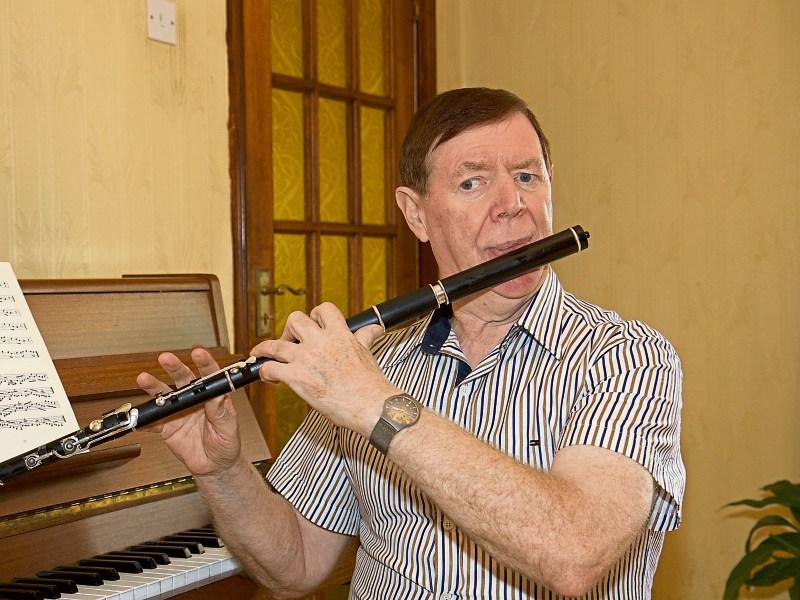 The name Noel Sweeney is synonymous with music in Co Longford.

Whether he's  swinging  with his saxophone in the showbands or reeling out a few tunes on the concert flute or tin whistle, Noel has garnered a well deserved reputation for his incomparable skills in and extensive knowledge of music.

This year, the multi-instrumentalist has lent his talents to the Abhann Glas Céilí band, who are the first Longford Céilí Band to qualify for Fleadh Cheoil na hÉireann since the Shannon Breeze Céilí Band in 1979, of which Noel was also a member.

Born in Drumnamore, Co Leitrim, Noel comes from a family of nine. His musical journey started early on and was largely inspired by his parents, Willie and Katie Sweeney.

“My father played the accordion and my mother played a bit on the fiddle and sang. She liked to sing,” he told the Leader when we called to his home in Longford town last week.

When asked about his earliest musical memories, he thought for a bit, before recalling; “It would have been my father and my neighbours used to come in as well - they were fiddle players - and there’d always be tunes at the weekends in the house.

“Myself and my older brother, he’s in Manchester, we learned to play when we were only about seven or eight years old - and we’re still learning,” he laughed. “You never stop learning.”

The path was set for Noel when, at the age of seven, he was gifted with a tin whistle.

“We got them from Santy and my father would have started us. He could play a bit. He wasn’t a whistle player as such but he got us going. I started to join in [with the family and neighbours] and then when we got older then the concert flute was the next step up from the whistle.

“I acquired a concert flute and from I was about 15 until I was 20 then I played with a céilí band in Leitrim called the Green Castle, from Cloone.”

From the beginning, every tune Noel played was learned by ear, and he revealed that he didn’t learn to read music until he reached his late teens, when he was taught by the late teacher Willie Glennon.

It didn’t change the way Noel played, but it certainly opened up more doors for him in terms of researching and learning tunes and then in going on to write his own pieces. In fact, about ten years ago, Noel won a competition for writing a set dance ‘The Happy Whistler’. The name was a suggestion by one of Noel’s daughters, who was commenting on her father’s habit of whistling.

Noel moved to Longford in 1970 as his attention turned to the showband scene.

“I took an interest in the showbands around that time and I bought a saxophone and a clarinet and started to play them and joined various bands around this area,” Noel explained. “There was no showbands in that part of the country where I come from so I had to come up this way. I played in various bands for years and then up in the late 70s a fellow from Edgeworthstown, Joe Callaghan, RIP, encouraged me to go back into playing Fleadhs so I joined that band of Fr Quinn’s called ‘The Shannon Breeze’”.

The eight members competed together in Fleadh Cheoil na hÉireann in 1979, taking home bronze in the Céilí band category. Spurred on by this, Noel went back to the Fleadh in 1982  playing the flute, and won his category outright. He also earned a silver medal duetting with Mickey Reilly.

After winning the All-Ireland, Noel confessed that he didn’t bother returning to the Fleadh, preferring instead to return to the showbands.

In the late 80s, he joined the popular Declan Nerney band as a saxophonist, touring extensively all around the world for approximately fifteen years.

While he looks back on this time with great fondness, it was difficult at the time with a young family at home. Shortly after coming to Longford, Noel met his  wife, Josephine and the couple went on to have six children; son Gary and daughters Leona, Amanda, Joanne and twins Ashley and Tara.

Throughout his musical career, Noel also had to juggle work (in the building industry and at a meat factory) with music.

“Many’s the time you’d be out all night Sunday and up next morning to go to work,” he added. But he never regretted touring.

“I have lots of good memories, definitely good memories. You meet a lot of good people through music that you’d never meet otherwise and you make a lot of friends.”

Last year, at the encouragement of Hughie Smith from Edgeworthstown, Noel returned to the Fleadh world, performing with the Abhann Glas céilí band, and while they didn’t make it to the All-Ireland, they came back fighting this year.

The band qualified for the All-Ireland after securing a third place spot in the O18 Céilí Band competition at the Leinster Fleadh in Kilkenny last month.

Looking forward to the event, which runs from August 14 - 22 in Ennis, Co Clare, and despite his previous successes, the flute, tin whistle, saxophone, clarinet and piano player is under no illusions.

“The standard has gone up and up every year as in everything else like sport. The levels keep going up. Students have better access to music now through the internet and better teachers, better instruments, everything is better than it was back when we were kids anyway.

“It’s all for the better. There’s some great young players out there these days.”

“It’s hard to say [how the band will fare] but sure we have good musicians in the band and we’ll give it our best shot, what more can I say?