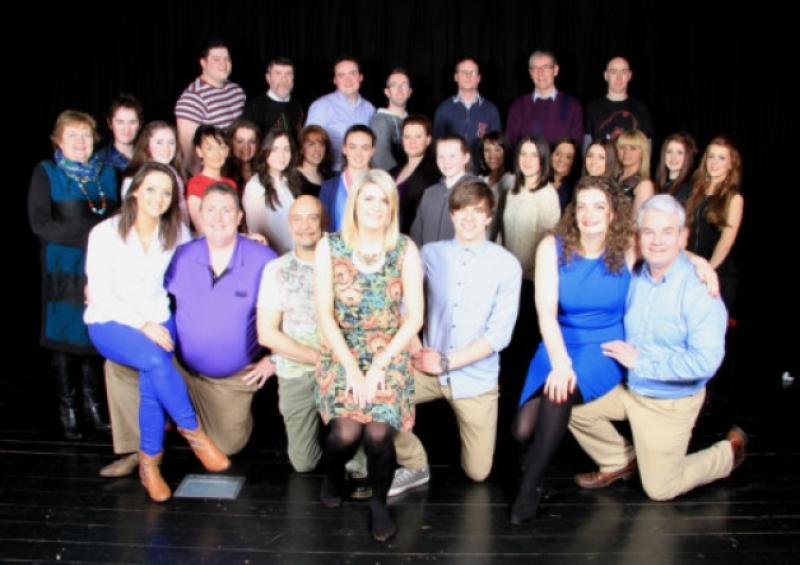 The finishing touches are currently being applied to St. Mel’s Musical Society eagerly awaited production of Oklahoma! with the opening performance in Backstage Theatre this Saturday night, April 20th. The Rodgers and Hammerstein classic features such wonderful songs as “Oh, What a Beautiful Mornin’”, “The Surrey with the Fringe on Top”, “Kansas City”, “I Cain’t Say No”, “Many a New Day”, “People Will Say We’re in Love”, “Pore Jud is Daid”, “The Farmer and the Cowman” and the showstopping Oklahoma! and this lighthearted and lively musical should not be missed.

Starring Sean Rooney as Curly McLain, Kate Larkin as Laurey Williams, Aideen Mulligan as Aunt Eller, Damien Bennett as Jud Fry, Eimear Reynolds as Ado Annie, Jimmy Stenson as Will Parker, Doug Fox Roberts as Ali Hakim, John Kelly as Andrew Carnes, Michelle Kelly Conlon as Gertie Cummings and Justin Forde as Ike Skidmore, Oklahoma! will be performed in Backstage Theatre for a total of eight performances, opening on Saturday April 20th and will run until Sunday April 28th. Please note that there are no performances on Friday April 26 and Saturday April 27.

Tickets for the St. Mel’s Musical Society production of Oklahoma! are on sale at the Backstage Theatre Box Office (043-3347888). Tickets also available at Farrell Coy and booking also online at www.backstage.ie Immediate booking is advised.