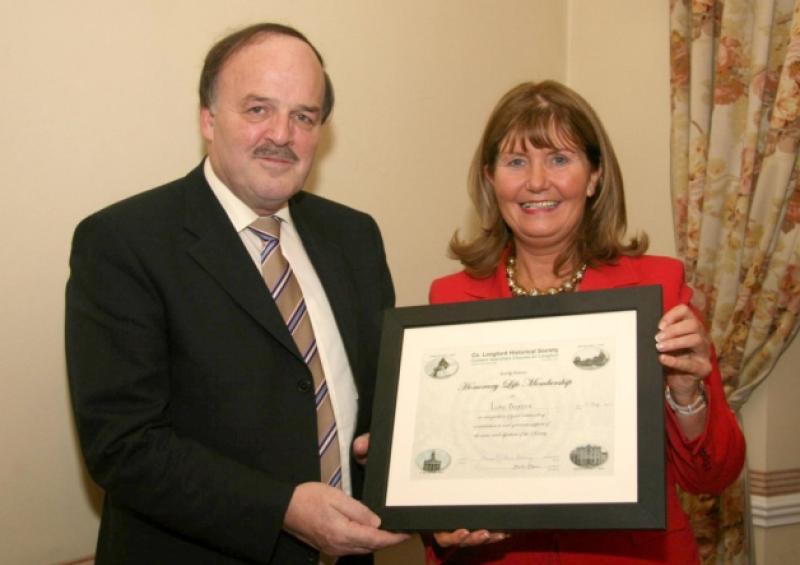 A fascinating record of Ardagh’s history will be launched this Friday, December 6.

A fascinating record of Ardagh’s history will be launched this Friday, December 6.

Luke Baxter’s book, ‘Our Roots in Stone’, will be unveiled by Stephen Collins, political editor of The Irish Times at 9pm in Lyons’s red pub.

Stephen himself is closely connected with Ardagh through his mother May, a member of the Farrell family from Graffogue.

‘Our Roots in Stone’, published by Luke Baxter in association with Ardagh Tidy Towns Committee, documents the gravestones and memorials in the village’s Lower Churchyard (opposite the community centre) and in St Patrick’s Church of Ireland churchyard, both of which were the burial grounds for the people of Ardagh prior to the establishment of Ardagh Cemetery at St Brigid’s Church in 1906.

The inscriptions, transcribed in precise detail, are accompanied by photographs of the memorials, which number 218 in total. The oldest stone dates back to 1646.

Readers will find many familiar names here, including McLoughlin, Kilduff, Bannon, Patridge, Flood, Keough, McCormick and of course Farrell. There are many more.

This one-off publication is a permanent record of these memorials, many of which are now worn and difficult to read.

Luke Baxter, who has his own roots in Ardagh, has been working on this project on and off for fifteen years.

Not forgetting the Ardagh diaspora, he travelled to Flatbush Holy Cross Cemetery in Brooklyn, where many Longford people are buried, and to Buenos Aires in Argentina to record the gravestone inscriptions of emigrants from Ardagh.

‘Our Roots in Stone’ is an important piece of research not just for the native people of the village and surrounding townlands, but for those who have made it their home in recent times. Their children now have their roots in Ardagh and will learn much about its early history from this book.

Christian history in Ardagh dates back to St Patrick who founded a church there soon after he arrived in Ireland in 432. ‘Our Roots in Stone’ provides an opportunity to reflect on that history and on the many people whose names are recorded on the memorials in the two churchyards.

The book also contains a record of the burials in Ardagh Cemetery for the period 1906 to 1910.

All are welcome to Friday’s launch at 9pm in Lyons’s red pub. ’Our Roots in Stone’ is available at Baxter’s pharmacy in Longford and at Lyons’s shop in Ardagh. Price €10.