Inspired by the letter Q to write debut novel 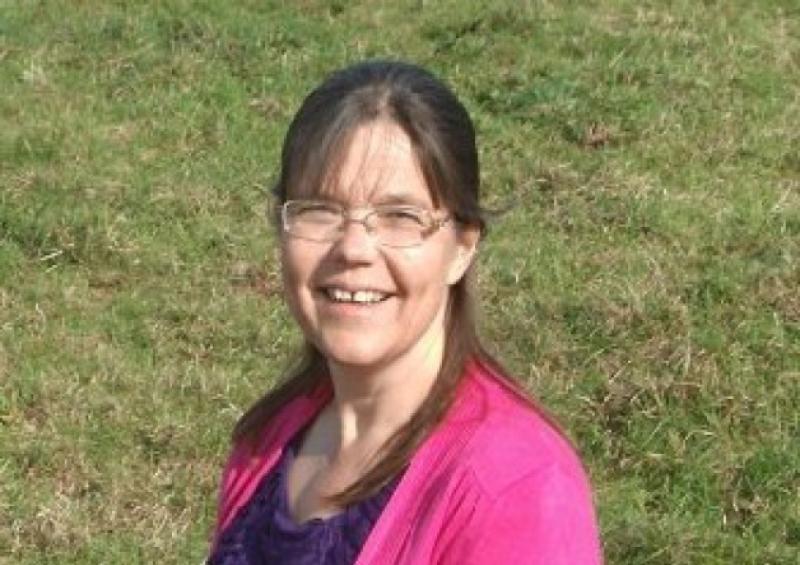 Gill Casey from England has been residing in the beautiful surroundings of Newtowncashel for the past seven years and at the beginning of next month, her debut book - ‘Ubiquitous Q’ - will be unveiled to the public at a celebratory launch in the Shannonside town.

Gill Casey from England has been residing in the beautiful surroundings of Newtowncashel for the past seven years and at the beginning of next month, her debut book - ‘Ubiquitous Q’ - will be unveiled to the public at a celebratory launch in the Shannonside town.

Indeed, Gill is no stranger to Lanesboro either, having run the Ladybird charity shop there for a number of years.

Ubiquitous Q took her just six months to write and follows the life and time of Quetzal Quinn who became known simply as Q.

It will be published by Austin MaCauley on October 30.

“I wrote the book a couple of years ago and it took six months to write,” Gill told the Leader this week.

So, where did the inspiration come for a book that is now being described by reviewers as “life affirming, heartwarming and inspirational”?.

The inspiration, says Gill, came when she was standing in a queue for the toilets at Dublin Airport while en route back to Newtowncashel from England.

“As usual there was a queue,” she laughed. “A ubiquitous queue, and it was there that the idea for the book began to formulate.

“The shop closed in Lanesboro and I suppose I have had the time to dedicate to writing over the last couple of years.”

Ubiquitous Q’s central character is Quetzal Quinn, a sensitive, deep thinking woman who begins to observe her life and that of others around her through their names.

“Quetzal marries Barney Quinn and becomes Quetzal Quinn and she realises that Q has always been in her life - Ubiquitous Q,” Gill continued.

“She feels her life has been dictated to by her name and when she meets people with unusual names, that begins to resonate with her.”

Gill says that much of Q’s experiences in the book are based on those of her own during the course of everyday life - she is obviously sticking to the mantra ‘write about what you know’!

“When I wrote it, I sent it to a publishers in England, just for some feedback and they contacted me to say they were interested in publishing it - I couldn’t believe it.”

Even before she has officially launched her first book, Gill’s mind is already whirling with ideas for her second installation.

“Yes, there is a second book there; in fact it’s all coming together very nicely,” the local author said, before adding that the book’s cover was designed from her own cushion creation which is attributed to the book’s title.

Gill currently works at O’Briens Insolvency Services in Longford town and the book’s launch night takes place in Clarke’s Bar, Lanesboro on November 7 next at 9pm.

The following week, on Thursday November 12 at 8pm she will hold a book signing at Keenan’s in Tarmonbarry.

“I am very excited about all this,” she concluded ahead of the launch of this quintessential book on the ultimate quest.