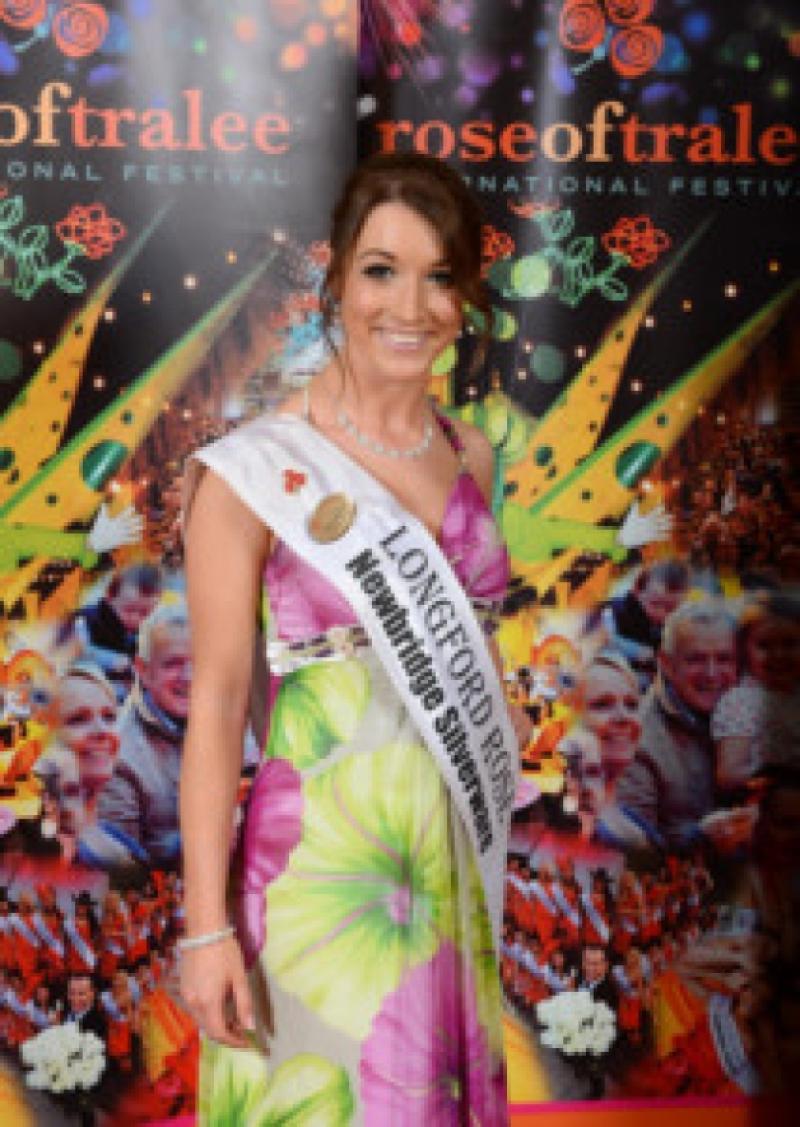 There were celebrations in Portlaoise over the June bank holiday weekend, as the Longford Rose was chosen to go forward to the Rose of Tralee International Festival in August.

There were celebrations in Portlaoise over the June bank holiday weekend, as the Longford Rose was chosen to go forward to the Rose of Tralee International Festival in August.

Aisling Farrell, who was crowned Longford Rose in April, is the first Longford Rose to make it to the Dome since Grainne Fox back in 2007.

A native of Tang, Aisling’s mother Susan McKenna hails from Newtowncashel, and the Rose herself attended Mercy Secondary School in Ballymahon. Aisling is still elated after the weekend, and is thrilled to be representing Longford at the festival. “I’m so excited to go down to Tralee and represent such a beautiful county” she says.

With twenty-nine girls competing in Portlaoise, and only six places in Tralee, the competition was always going to be tough but Aisling went to Portlaoise in the right frame of mind. “You can’t look at it as a competition” she says, adding “because then you’d ruin the weekend for yourself”.

However, Aisling admits that the nerves did kick in before meeting host Daithi O Se.

“He’s an absolute rascal” she laughs “of course I was nervous!”

Speaking about her time as Longford Rose so far, Aisling says; “I’ve just been having the most unbelievable time”. Aisling admits that she is “so proud” to be representing Longford, and is quick to thank all her supporters. “Thank you to everyone in Longford for supporting me so far, the Longford Rose Committee has been fantastic.” Aisling also wishes to thank James Morgan and the N4 Axis centre – her original sponsor for the Longford Rose competition.

Aisling has already been tipped as an early favourite in the competition with bookies naming her in the top 15 earlier this week.

The Longford lass wasn’t the only local girl who fared well in Portlaoise. Leitrim Rose Edwina Guckian from Drumsna also qualified for the Rose of Tralee Finals.

The 23 year old teacher is the bookies’ highest placed Irish-born Rose in the early betting with odds of 20/1.