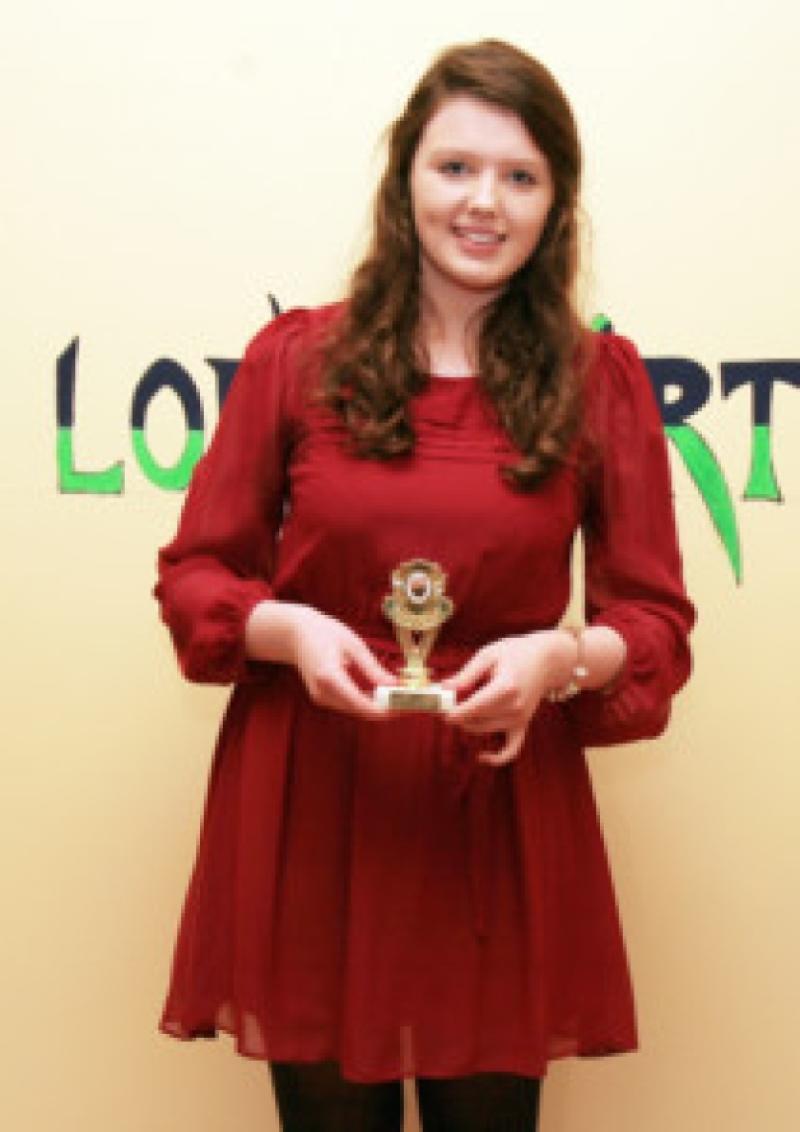 Samantha McHale, a student in Meán Scoil Mhuire, recently appeared in TG4’s new show “Scór Encore” which features the top musicians, dancers, singers and performers from all over Ireland who have competed in the Scór na nÓg competition.

Samantha McHale, a student in Meán Scoil Mhuire, recently appeared in TG4’s new show “Scór Encore” which features the top musicians, dancers, singers and performers from all over Ireland who have competed in the Scór na nÓg competition.

Transition Year student Samantha wowed the judges with her guitar and vocal skills on a range of songs – including Ed Sheeran’s ‘A-team’ and ‘Little Talks’ by Of Monsters and Men – which were translated into Irish.

“I only started singing contemporary songs in Irish about two months ago when I got the call to say I’d made it onto Scór Encore,” she explains. “Initially the plan was just to sing a traditional Irish song that I would usually do for Scór, but when I got a letter from the show which said that singers were allowed to branch out and do more contemporary songs, I knew I had to take advantage of this! I think I was technically allowed to do any contemporary song in any language.”

Samantha, who only started competing in Scór as a solo singer when she was fourteen, added: “I never felt comfortable taking on current songs that everyone loved and knew really well. However, when your grandmother, of all people, is telling you to do a more modern song, you know things have gone too far!”

When Samantha first heard about Scór Encore, she was reluctant to take part. However, when her ballad group auditioned, Samantha decided to also audition as a solo act, singing “Carrickfergus.”

Though Samantha was sure she wouldn’t get through, those working on the show were clearly impressed by the young girl’s talent, and she sailed through to the live shows.

Performing on stage in front of cameras proved to be quite different from performing for an audience at Scór na nÓg, as Samantha admits: “The cameras in the studio for filming were very scary! I was so nervous during the first rehearsal that I dropped my plec mid-performance and had to stop to pick it up again. I was very lucky that the floor manager and camera men were all so friendly and helpful. They made sure I was completely comfortable and happy on the stage and assured that if I anything went really wrong on the night, I could start again.”

Despite her earlier reservations about singing on the television and in front of cameras, Samantha really enjoyed her time on the show.

“I had an absolutely brilliant time taking part in the show! I didn’t expect to enjoy it half as much as I actually did. I’m so grateful to everyone up at RTÉ who looked after me really well! I got to meet so many lovely people, like Barbara Nic Dhonnacha from iRadio, the crew, the judges and all the other contestants. I even bumped into Pat Kenny! Coming second was also a huge highlight. I really didn’t expect it, especially when it was so hard to choose between dancers and singers and musicians.”

The show is presented by iRadio’s Barbara Nic Dhonnacha, and the judges themselves are renowned and experienced performers. Aindrias De Staic; an actor, writer, musician and comedian who has won several awards for his work, Méav Ní Mhaolchatha; a founder member of “Celtic Woman”, and Roy Galvin who won Senior Scór at the age of 14, and is a musician and dancer guided the acts through the competition, and offered their praise and advice.

Scór Encore is broadcast at 8pm on TG4 every Sunday, and repeated at 11.30pm on Tuesdays. Samantha will also be performing at the upcoming “mini-me” fashion show in Meán Scoil Mhuire on Tuesday April 9th at 7.30pm.