CD on the way for Aughnacliffe sisters 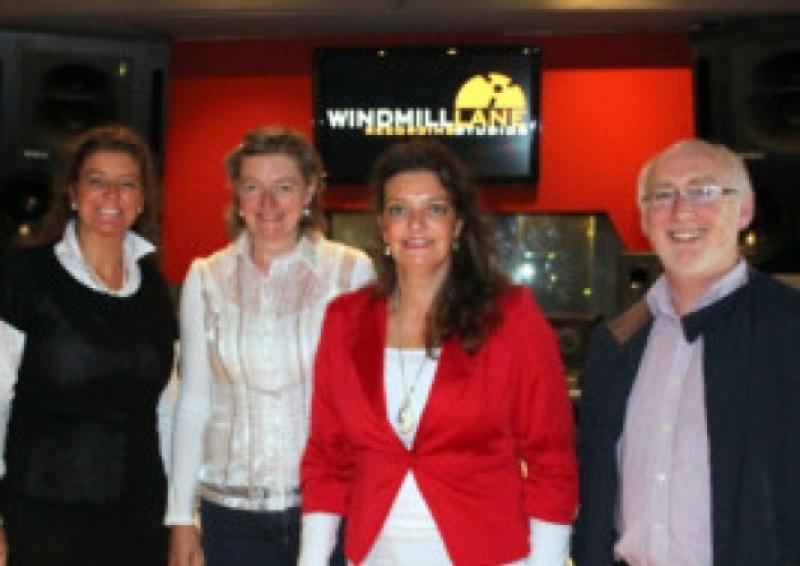 What do U2, Kylie Minogue, David Bowie and The Mulligan Sisters have in common?

What do U2, Kylie Minogue, David Bowie and The Mulligan Sisters have in common?

They have all recorded in Dublin’s renowned Windmill Lane Studios.

In summer 2014, the three Aughnacliffe sisters; Aideen Margaret and Mary spent some time in the studios, recording their CD, which looks set to be released this year.

Having recorded a CD many years ago for their American audience at the time, the sisters jumped at the chance to record again, following a series of successful concerts last year.

Speaking to the Leader, Aideen Mulligan explained that on the back of the concerts, the sisters decided they would record something to match up.

“We were recording more or less what we had been doing at the concert,” she continued.

Working with their accompanist Pádhraic Ó Cuinneagáin and Engineer and Studio Manager Niall McMonagle, Aideen said that the time they spent their was “fantastic”. “Of course, they have magnificent equipment,” she added.

There is something for everyone on the CD according to Aideen, as she goes on to say that “there’s some classical, some musical theatre, some Irish and some opera as well, so there’s a good mix.

With recording still to be completed, the talented trio - who are all teachers in local schools - are hoping to get together during a break in school to complete the work. It is hoped that the currently-unnamed release will be finished at some time in April.