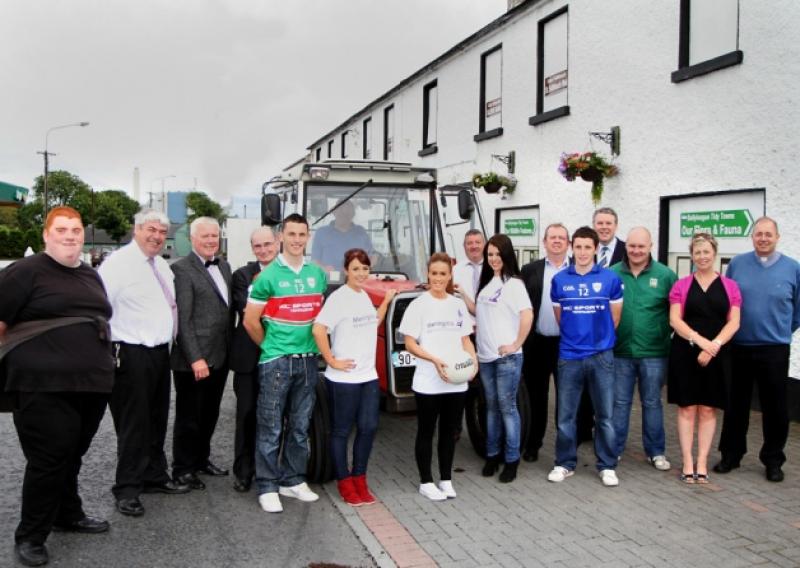 The local community in Ballyleague is gearing-up to stage Rock Around the Anchor, a two day music festival which aims to raise funds for meningitis awareness.

The local community in Ballyleague is gearing-up to stage Rock Around the Anchor, a two day music festival which aims to raise funds for meningitis awareness.

A giant marquee has been erected behind the old Anchor Hotel near the marine in Ballyleague, which will host the musical entertainment, a family fun day and a dog show.

The entertainment kicks off this Friday night when popular Longford group Busy Fingers will play a headline show in the marquee. Busy Fingers have a large following in the Midlands and are a regular fixture at festivals throughout the country, but the event marks the band’s first appearance in Ballyleague. Their performance will be followed by local DJs Tommy K and Kieran Feeney, who will bring the curtain down on day one.

On Saturday night, the Dolan Band will take to the stage. The band, who are all former members of the late Joe Dolan’s group, will be appearing with their new lead singer, Karen. A special treat during this show will be a performance by four local ladies who starred in a Tina Turner look-alike concert at the Abbey Hotel earlier this summer.

Apart from the music, a dog show will take place in the Waterways Ireland marina on Saturday at 2pm. The entrance fee is €4 per dog per class and the event will feature competitions for puppies, mixed breeds, guard dogs, gun dogs, terriers, collies, dog with the waggiest tale, and many more. For more information about the dog show, contact 086 6637164 after 6pm.

Sunday will see a whole day of family activities taking place in the marina, including bouncing castles and games. The big match from Croke Park will be shown live on a large TV screen erected in the marquee especially for the occasion, and there is a special treat in store as another band takes to the stage at 8pm.

During the weekend it is also hoped to present a cheque to the Meningitis Research Foundation to help the organisation’s ongoing awerness and prevention work.

Tickets for the Rock Around the Anchor are available at several venues in the Lanesboro area, the Daybreak store in Ballyleague, or by calling Joe Cribbin on 086 3823780.