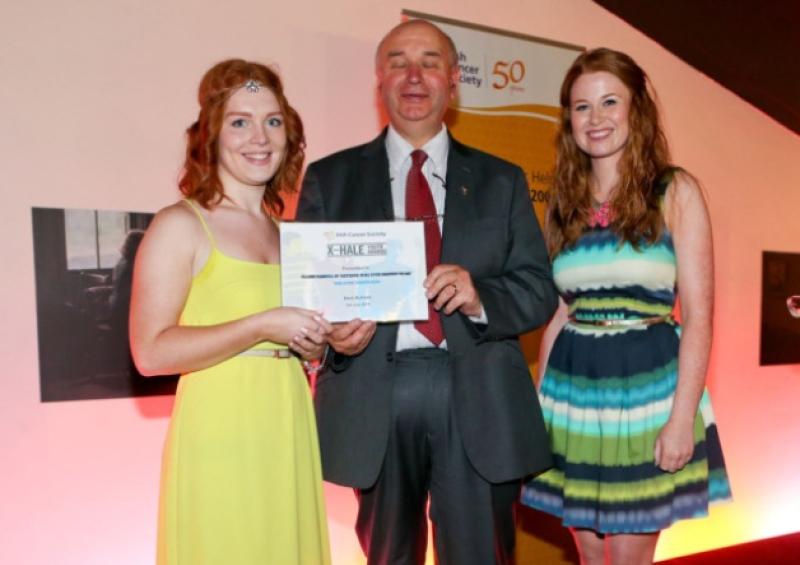 The group were recognised for Claire’s role in their film ,‘Nothing Will Ever Happen to Me’.

Attic Youth Café were among 43 youth groups from around the country who attended the event, which took place at the Lighthouse Cinema in Smithfield, Dublin last week.

The winners of the 14 awards were decided by a judging panel which consisted of representatives from health promotion, film and entertainment industries. Hundreds of young people gathered at the Festival to view the 47 films being showcased on the big screen. With each short film focusing on the issue of smoking, the message from the young people was that the next generation is seeing through the smoke screen of the tobacco industry.

The X-HALE Film Festival is part of the Irish Cancer Society’s X-HALE Youth Awards, an initiative which aims to empower young people to create awareness around the issue of smoking in their own communities.

The awards are now in their fourth year, having been first held in December 2010 when the Society invited applications from youth groups from all over Ireland for funding under the scheme. Since its inception, the Society has invested €115,000 in support for youth groups across the country.