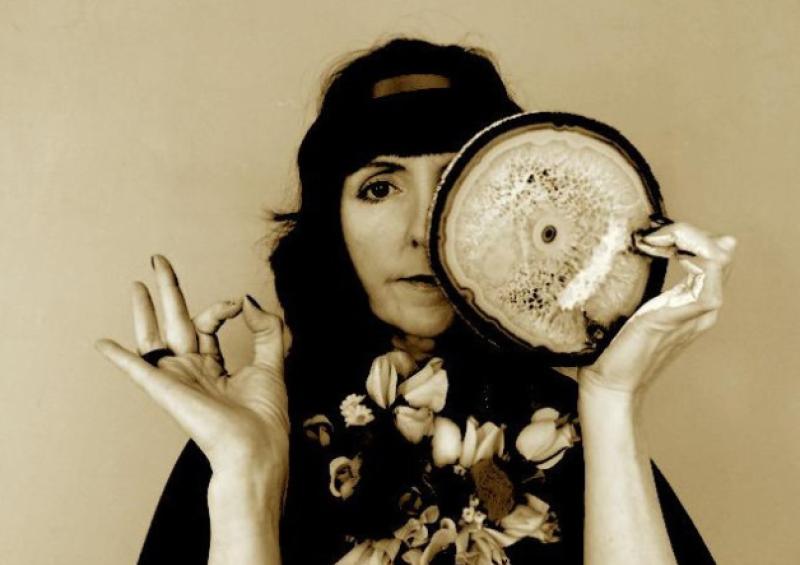 An exciting weekend lies in store for Longford as the second annual Cruthú Arts Festival kicks off tomorrow evening, Thursday.

An exciting weekend lies in store for Longford as the second annual Cruthú Arts Festival kicks off tomorrow evening, Thursday.

Running from July 23 - 26, the festival features the best in music, art, and theatre at venues throughout the town.

Arguably the highlight of this year’s festival is its grand finale, Sonic Sunday, which will see Nina Hynes take to the stage at St John’s Church alongside her husband, Fabien Leseure.

“I’m dying for it, I can’t wait,” Nina smiled, pointing out that she doesn’t gig that often.

Though she has only performed here once before, Nina is no stranger to Longford, as both her parents, Dessie and Celine (née Corkery) hail from the county.

“I used to spend many summers there as a kid with my cousins,” she recalled fondly. “I remember hanging out in a swamp a lot, climbing trees and going to the bog,” she added. Like many Longford natives, Nina also remembers going to discos in Slashers, roller-skating in the Mall and eating chips in town.

Another point of her life which she detailed was working in the famous O’Donoghue’s pub in Dublin, which her father owned at the time; collecting glasses and taking orders.

Well known for its music, Nina said it was “interesting” to be around traditional Irish musicians, admitting, “I wasn’t into that kind of music for a long time.” Now, however, she recognises that it’s part of her subconscious.

According to Nina, music and song-writing is a “very natural” part of who we are here in Ireland.

“It’s part of our spirit and I’ve never questioned it,” she stated.

Nina’s beginnings in music were quite informal. As a child, she’d often sit at the piano working out songs by ear or spend hours listening to records. When she got a little older, Nina was gifted with a tape recorder, on which she recorded herself singing. In contrast, she explained that Fabien is a naturally very talented piano player who had a serious, classical upbringing, where performances were judged.

This, of course, means that the two have different approaches to their music. Nina said that she trusts her instincts and makes decisions quickly, while Fabien tends to question everything and rework his projects. Though they have to be patient with each other, Nina believes they complement each other in their differences.

Nina’s musical success “just sort of happened”, she reckoned. Busking lead to songwriting nights, which saw her being asked to do gigs. The gigs then inspired her to bring a band together.

“It just sort of ran away with itself,” she admitted.

However, Nina doesn’t see her music as a career, comparing it to being a mother. She added however that “when I do anything else to make a living it feels wrong”.

At the moment, though she’s not gigging, Nina likes to keep herself very busy, and she is currently working on the soundtrack to a film by two visual artists entitled, ‘Glue’. This December, the couple will also see the release of an album they helped to create while doing a residency in The Model in Sligo. Produced by Fabien, the album is a collaboration with a number of different artists.

Nina is very much looking forward to playing in Longford next Sunday, particularly as it will be just herself and Fabien taking to the stage. The last number of times they performed together have been in a group setting, and Nina describes the upcoming gig as a “treat”.

Doors open for Sonic Sunday at 7pm, with the first act to perform at 7.30pm. Tickets are available locally from Longford Tourism Office, McGrath’s (Red Cow) filling station, Kiernan’s Centra of Drumlish, and SuperValu in Granard. They can also be purchased online from www.tickets.ie.