Rathowen Amateur Dramatic Society presents ‘A Wake in the West’ 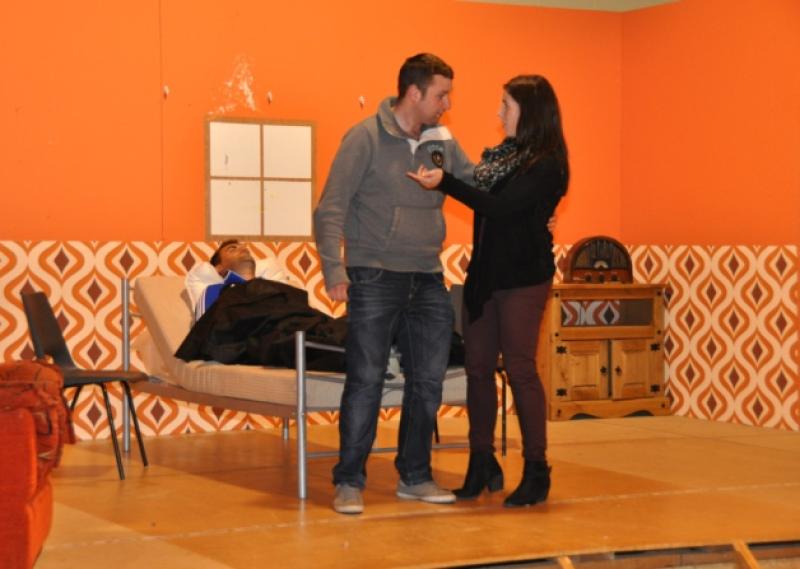 After last year’s very successful production, the Rathowen Amateur Dramatic Society (RADS) are back in action.

After last year’s very successful production, the Rathowen Amateur Dramatic Society (RADS) are back in action.

This year, they prepare to wow their audiences with the hilarious play ‘A Wake in the West’.

The three-act comedy, written by Mayo playwright MJ Ginnelly, is set in a small fishing village in the West of Ireland during the 1960’s.

‘A Wake in the West’ is directed once again by local lady Geraldine Connaughton. The cast of nine consists of members of the local community, with several very popular and well-known faces taking to the stage. There are two brand new additions to this year’s cast and two more are back on stage after taking a year out. Cast Members include; Clare Moran, Tommy Murphy, Anne Reynolds, Sarah Mc Namara, Tom Kelly, Catherine Tormey, Séan Keaveney, Alan Maguire and Cyr Connaughton (as you have never seen him before!!).

As always the RADS have a very dedicated group of people helping out behind the scenes and welcome anyone who would like to get involved.

The show runs for three nights; Friday, November 1 to Sunday, November 3. Tickets cost €10 for adults and €5 for students and are available in the Post Office, Connaughton’s Pub and Feerick’s Hotel in Rathowen, The Western Gem in Ballinalack and Tormey’s in Bunbrosna or simply contact Avril Whitney (087) 9533590 or any member of the cast.