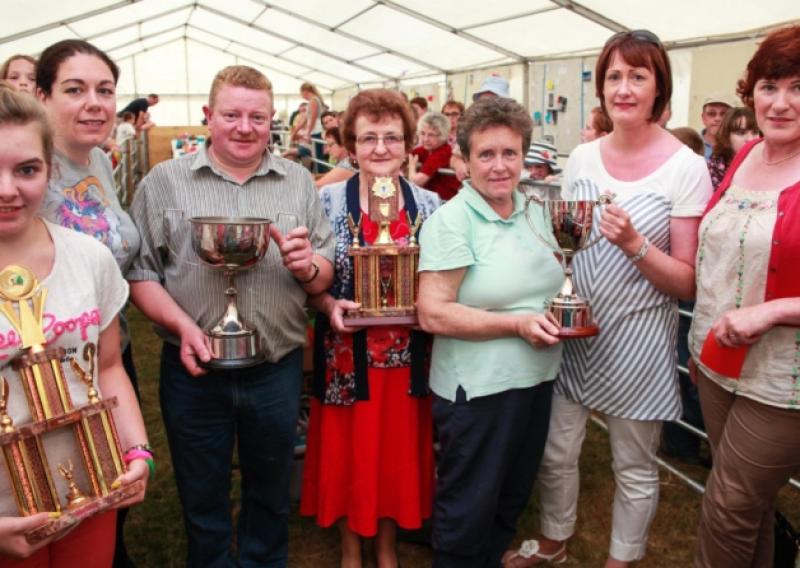 A fire which broke out in the leisure complex of the Breffni Arms Hotel brought an abrupt end to after-event celebrations for the local agri show.

A fire which broke out in the leisure complex of the Breffni Arms Hotel brought an abrupt end to after-event celebrations for the local agri show.

The incident occurred while country music star Robert Mizzell was performing to a packed function room, where a crowd had gathered to celebrate the success of the 56th Annual Arva Show.

It was a disappointing end to an event organisers had expressed delight with.

“We had a great crowd at the show and the field was full for the whole day, right up until 6pm,” said Brian Cully of the show’s organising committee. “We had a few small showers here and there, but otherwise it was a nice warm day and everyone was able to enjoy themselves.”

As in previous years, the show was hosted on land owned by Philomena Fyffe, and competitors and spectators began arriving at the venue from early morning.

The excitement began to build on the site from around 10.30am when judging got underway for the first competitions of the day: home crafts, ponies and cobs. Just under two hours later, adjudication began in the cattle and poultry divisions, which proved to be particularly competitive, and caught the attention of many spectators.

Those categories weren’t the only ones to attract the crowds, though.

“Huge crowds gathered in the craft tent to see the results of the various competitions in there, including the baking and prize vegetable categories,” Brian added. “We were also delighted with the number of entries we received for the dog show this year. It was a busy day in that section.”

Other old favourites also proved popular, including the ‘Bonny Baby’ and ‘Most Appropriately Dressed Lady and Gent’ competitions, while bouncing castles, hot food and ice cream vans, and a host of other fun-filled attractions kept the younger generation happy.

After the show concluded at 6 o’clock, the crowds made their way back to the town of Arva for an evening of entertainment at the Breffni Arms Hotel, where Robert Mizzell was the main attraction.

Unfortunately, the celebrations were cut short when attendees had to be evacuated at around 1.15am due to a fire elsewhere in the building. The incident is currently being investigated by the Gardaí.

This year’s Arva Show was run inconjunction with the Arva Three Provinces Festival - an 11-day event which began on Friday, July 26 and continues until Monday, August 5.

Over the course of the festival, a wide range of events will be taking place, which will suit all tastes.

Some of the events to take place so far include an ice sculpting demonstration, a soapbox derby, and the ‘build your own raft’ race.

The festival will also feature a wide variety of arts, sports and music events, with highlights including a fair day next Sunday and sports day on bank holiday Monday.