An Post Rás could pave way for future events 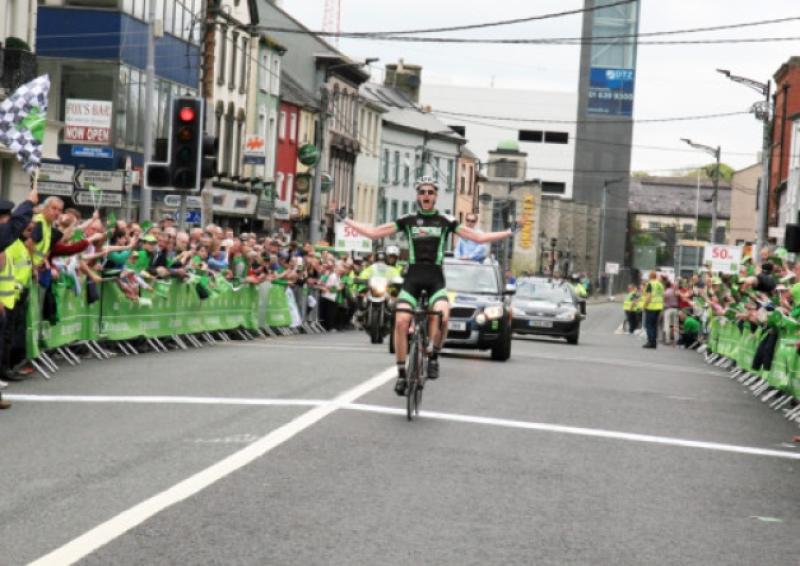 Longford’s successful hosting of the prestigious An Post Ras last Sunday could entice other high calibre sporting fixtures to the town.

Longford’s successful hosting of the prestigious An Post Ras last Sunday could entice other high calibre sporting fixtures to the town.

That’s according to promoters behind the culmination of international cycling’s latest showcase and an event that drew hundreds of spectators to Longford town at the weekend.

Chamber of Commerce president Seamus Butler said the occasion had left a lasting impression not just on the sizeable crowds that lined Main Street, but also among the event’s principal organisers.

“I wouldn’t be the greatest of cycling fans but I was blown away by the whole thing,” said Mr Butler.

Teams from Ireland, Britain, Czech Republic, Germany, Azerbaijan and as far away as Australia were among the 182 riders who took part along the Meath to Longford route.

Yet it was a domestic competitor in the shape of Tipperary’s Conor Dunne who eventually emerged victorious, seeing off Britain’s Michael Northey in a closely fought finish.

Given only a matter of hours to draw breath, the near 200 strong party of cyclists were back on their saddles on Monday morning as the second stage and 160km dash to Nenagh got underway.

“We had the St Patrick’s Day Festival in March and now this, so why not,” Mr Butler added, as he heaped particular praise on stage organiser Lisa Brady.

“The sponsors and organisers were delighted with how it went and there were t-shirts, hats and flags being handed out all day. It really did show Longford in the best light possible.”

As first revealed by the Leader last week concerning the event’s estimated €100,000 boost to local business, Mr Butler said the affair more than made up for any lingering Eurovision disappointments.

“It was a case of us (Longford) getting douze points rather than nil points,” was his brief, but light hearted response.