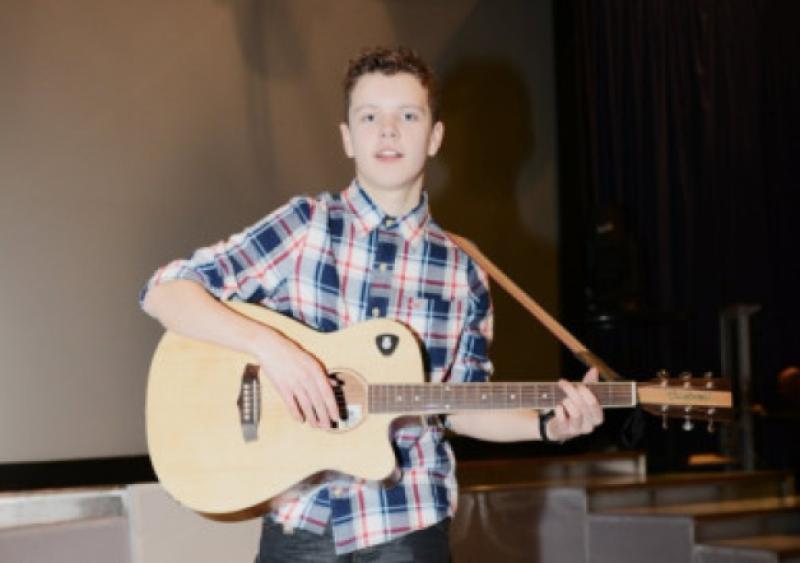 It has been an exciting few weeks for Longford teenager Nathan Brady.

It has been an exciting few weeks for Longford teenager Nathan Brady.

Nathan, a native of Perth, Colmcille, Co Longford, has recently spent a lot of time at the RTÉ studio in Dublin to record his performance for All-Ireland talent show, ‘Scór Encore’.

Broadcast on TG4, Scór Encore sees the top three acts from each of the Scór county finals perform with the hopes of being crowned the ultimate winner.

Nathan, son of Joan and Seamus, auditioned for the show back in December of last year, after he secured a First Place spot in Longford Scór.

“He loved it, it was really good,” she continued, “The whole experience was exciting.

Nathan impressed at his audition with his rendition of ‘Raglan Road’, ensuring a spot on the Scór Encore Competition. However, this is not the first prestigious competition that Nathan has entered.

At such a young age, the third year student at Cnoc Mhuire Secondary School, Granard already has an enviable CV.

Joan explains that Nathan has been singing from the age of about 7, when, in his first Scór na nÓg competition, he got through to the Leinster final. What’s more, Nathan has two All-Ireland medals under his belt, one for the Réadóirí competition and another for the Community Games. Add to that his success at the Fleadh Cheoil (with a number of third places, and a second place finish last year), a peformance for An Taoiseach, Enda Kenny and a performance on national television with his school for Catholic Schools Week, there is no doubt that there are big things in store for the Colmcille teenager!