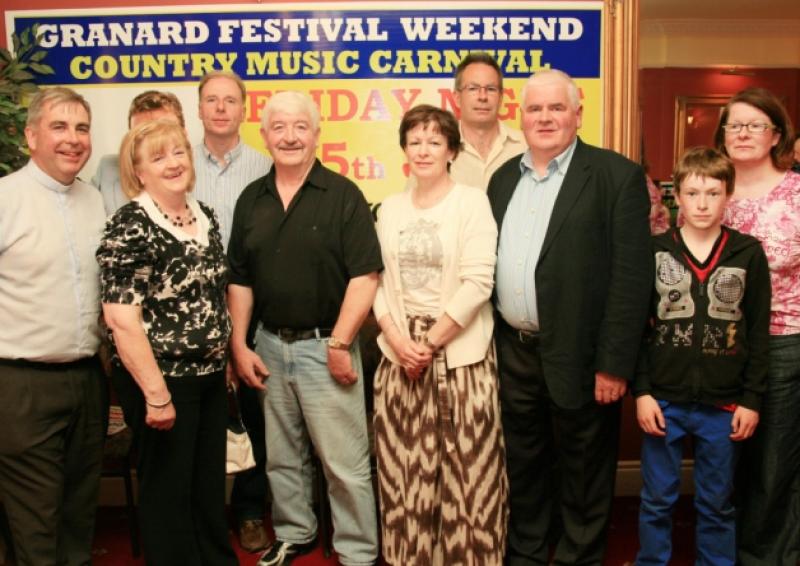 The Granada Ballroom was opened in July of 1955, and for many years it was the premier venue in the midlands for live music and dancing.

The Granada Ballroom was opened in July of 1955, and for many years it was the premier venue in the midlands for live music and dancing.

To celebrate the ballroom, a Granada Festival Weekend will take place in the Marquee, Granard, from Friday, July 5 to Sunday, July 7. “We were discussing various Gathering ideas for the town and for the area” says co-organiser, Paul Flood, adding “It was the first thing to spring to mind”.

Many events have been planned for the weekend, with something to suit every age and taste. From Granada Ballroom favourites Gina Dale Haze and the Champions, who are to perform on Sunday, July 7, to the up and coming local bands Paper Planes and Audiopilot, who will take to the stage on Saturday, June 6 following the Lady of the Motte final.

“There are so many that would have met [at the Granada ballroom] and married as a result”, says Mr Flood, adding that many will return to Granard to celebrate the venue as part of the Gathering 2013.

Proceeds from the weekend, Mr Flood explains, will go towards buying a property to create a visitor attraction in Granard