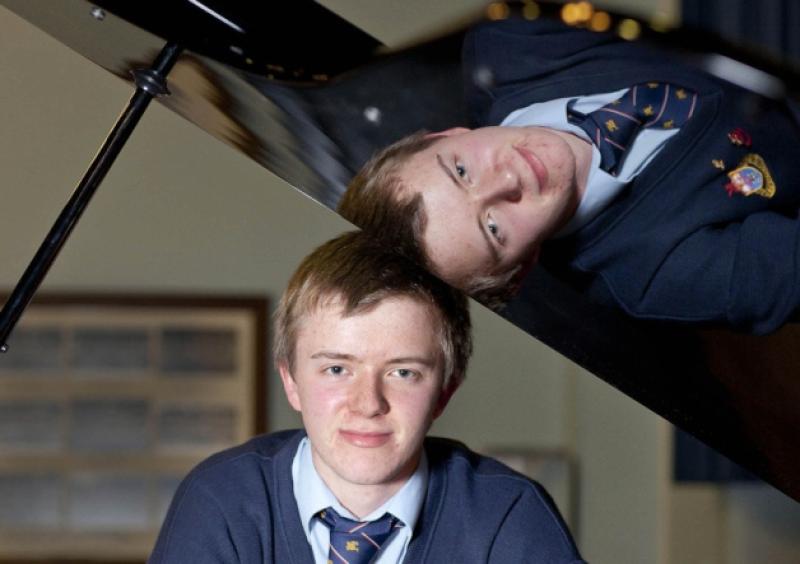 It is Ireland’s largest classical music competition for post-primary schools and Peter, along with six other finalists, competed at Castleknock College in Dublin recently to win the top prize of €2,000 to further their musical career.

Peter performed two pieces on the night, ‘Prelude in B Minor’ by Rachmaninoff and ‘Feux D’Artifice’ by Debussy.

The winner was violinist Mairead Hickey from Cork and Peter and the remaining finalists each received a €150 bursary.

The Fr Frank Maher Music Awards were set up by Top Security Chairperson Emmet O’Rafferty 12 years ago to honour the memory of a former teacher.

Peter was the first-ever finalist from Roscommon and Mr O’Rafferty congratulated him on his excellent performances. He commented, “The Awards have benefited many fine young musicians and we wish Peter every success for the future.”

The judging panel included Dr Gerard Gillen, Professor Emeritus in Music at the National University of Ireland and Dr Kerry Houston, Head of Department of Academic Studies, DIT and President of the Society for Musicology in Ireland.

The aim of the awards is to showcase outstanding young musical talent in Ireland.