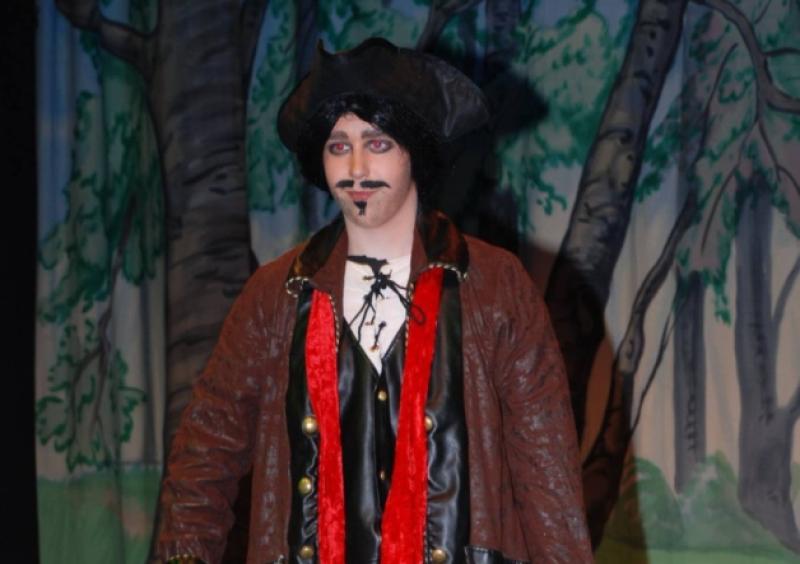 After an incredible and hilarious performance as Johnny Depp in this year’s Backstage Youth Theatre Pantomime, Oisin O’Reilly is set to bring his talents to a bigger stage after being chosen for this year’s National Youth Theatre production, ‘Salt Mountain’.

After an incredible and hilarious performance as Johnny Depp in this year’s Backstage Youth Theatre Pantomime, Oisin O’Reilly is set to bring his talents to a bigger stage after being chosen for this year’s National Youth Theatre production, ‘Salt Mountain’.

The 16-year-old Mercy Ballymahon student was one of more than 130 youth theatre members to start the audition process earlier this year, and was recently announced among the cast of 16.

Oisin was told a week after his call-back audition, where he performed a monologue by Launcelot Gobbo from Shakespeare’s ‘The Merchant of Venice’, that he had made the cast, and he revealed that he was ‘taken aback’ by the news.

“It was in the middle of class when I was called up to the office,” he explained, recalling that his mother had called to share the great news. “It took me about two seconds to react to it,” he laughed.

From June 22 - 24, Oisin will meet his fellow cast-members and the creative team behind the play. At the end of July, daily rehearsals will begin right up until the show’s debut at the Project Arts Centre on August 24.

“It should be one of the best experiences of my life. I really am looking forward to this - it should be life-changing,” he beamed.

A member of BYT since 2012, Oisin, who had performed on stage previously as a singer, was inspired to join the group by his older sister’s performance in a BYT panto. He also mentioned past BYT members who had been chosen to perform with NYT, and pointed out that Aidan Gillen was also a former NYT cast member.

To make NYT more sustainable, all participants are asked to raise €350. To help with this, Oisin will host an Open Mic night at the Attic Youth Café (located upstairs in the Temperance Hall) tonight, Thursday, June 18. Taking place from 8pm - 10pm, Oisin is encouraging all who sing or play an instrument to come along and enjoy what is guaranteed to be a fun night of music. Admission costs just €5.

“I want to thank everyone who has helped me so far,” Oisin continued. “I really have to thank BYT who have been behind me all the way.”

Thanking his family, friends and teachers, Oisin also expressed his gratitude to generous local businesses who have offered him sponsorship.

“The biggest thanks of all has to go to the most important teacher in my life, and that is my mother,” Oisin smiled, revealing that his mother, Geraldine, has been supportive in everything he has done.

‘Salt Mountain’ will be performed at the Project Arts Centre from August 24 - 29 and early booking is now open. All are invited to the Open Mic night on Thursday to support Oisin as he prepares to undertake one of his biggest performances to date.