Council to back Remembrance Day plan 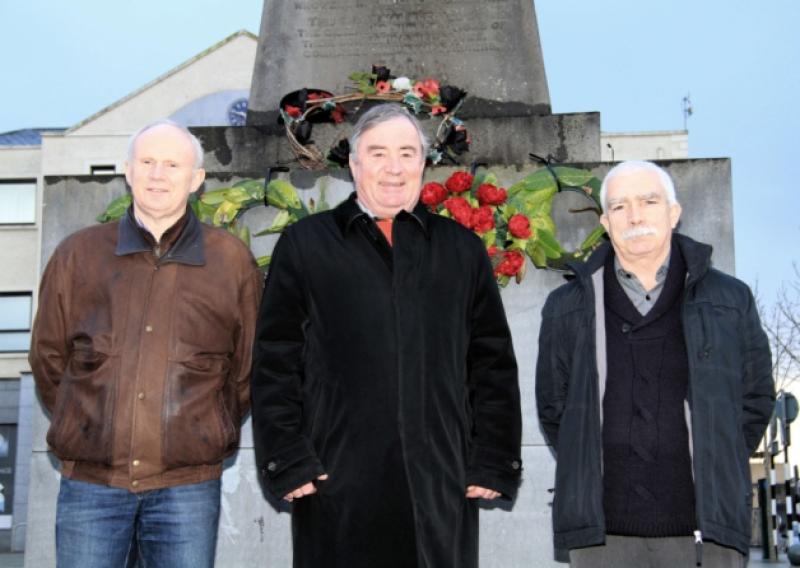 Following on from the successful staging of last November’s ceremony, members from The Organisation of National Ex-Servicemen & Women or ONE for short, are setting their sights even higher for 2014, the centenary of the start of World War 1.

Last week’s monthly meeting of Longford Town Council heard a presentation from Hugh Farrell and Pat McGann of the local ONE organisation to secure funding for the future of Remembrance Day services in Longford town.

“ONE has organised the commemoration for the past two years in Longford,” said Hugh Farrell, whose grandfather Thomas Farrell was a surviving veteran of that campaign.

Recent records show that around 330 Longford people lost their lives during that war.

During this centenary year, there is a sense that now is an appropriate time to secure the future of Longford’s Rembrance Day celebrations.

What ONE are keen to establish is the legacy of those who died in the Great War, along with the part played by other Longfordians in other battles, live on.

“Two years ago, we recognised that there were people in Longford who wanted to remember family members who had died on an individual basis,” said Pat.

Ninety-odd years ago, Longford Town Council originally supplied £300 for the erection of a war memorial in Longford town.

Now, the 37 strong Peter Keenan Branch of ONE, is hoping to renew that association with the aid of Longford Town Council.

Its mayor, Cllr Paul Connell praised the presentation by Mr Farrell and Mr McGann at the council meeting last week.

“The plan is for the council to go into partnership with ONE to make sure it is run on a yearly basis from now on,” said Cllr Connell over the weekend.

It is his belief that this support should continued by Longford County Council after the Town Council is disbanded in May.

“There is a need for this occasion in Longford and the council should have a role,” he added, as he insisted the council would not be stretched financially by the move.

“Hopefully, it’s the start of things to come,” said Hugh.

Based on that evidence, he might not be far wrong.