14 teams fight it out in the Eliminator Challenge 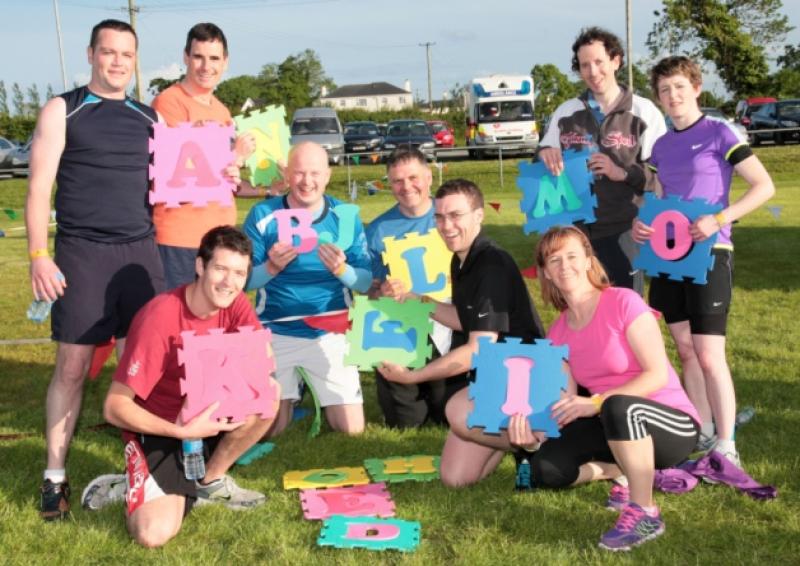 Excitement was brewing in the Rugby Club on Saturday, June 7 as fourteen teams fought against one another in The Attic fundraiser, the Eliminator Challenge.

Excitement was brewing in the Rugby Club on Saturday, June 7 as fourteen teams fought against one another in The Attic fundraiser, the Eliminator Challenge.

There was a massive turn out on the day with 140 people vying for the top place and the grand prize of €2,000.

Organiser Ruth McGarry Quinn said, “It was a great day, a brilliant turn out. We will have double the amount next year, everyone said they will bring more teams.”

The challenge saw teams going head to head in different rounds which included the snake pit, SAS obstacle course, caterpillars, dodge ball, wipe out, human foosball and the giant slide. There were no holds barred on the day as each team fought hard to knock each other out. In the end the winner was The Council team with Brian McNeil as captain. Longford Rose Kathleen Mahon showed her true versatility that day as she was also on the winning team.

All proceeds will go towards a new house for The Attic Youth Cafe.

“There are a number of other Attic House fund-raiser events coming up over the next few months” She concluded, “The Celtic Supporters Club are running a race night, The Longford Business Forum will be hosting a dinner in Viewmount House, a sponsored cycle is being organised and we will be hosting a dinner with the Three Tenors.” All information for these events will be further publicised closer to the time.