A wonderful production, all round 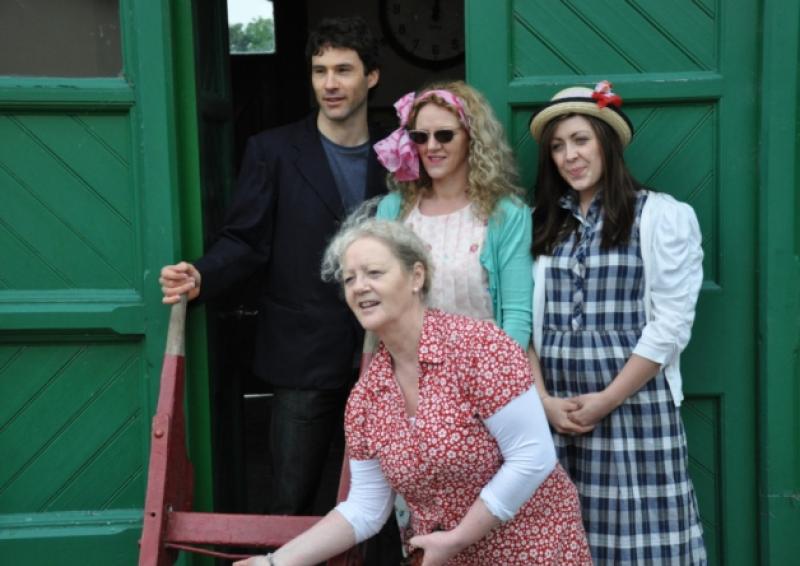 Sometimes all we want to do is just go home.

Sometimes all we want to do is just go home.

That’s the tagline for ‘The Trip to Bountiful’, the first production from the ground-breaking Orbus Theatre in Newtownforbes and it certainly brings the audience on a very impressive journey.

Orbus give us the innovative ‘theatre in the round’ concept with less than 50 seats circling the edge of the stage in this intimate venue in the Convent building in Newtownforbes.

Venues don’t get much more atmospheric than this.

But really, the play’s the thing. Written by Horton Foote and wonderfully directed by Noel Strange, ‘The Trip to Bountiful’ is set in 1947 Houston and it charts the life of the downtrodden but spirited Carrie Watts (Eileen Murphy) who lives with her son Ludie (Roy Davis) and his waspish wife Jessie Mae (Caolinn Bruen).

Stuck in a small apartment in the city, all Carrie wants to do is go back home - to a place called Bountiful.

She makes her escape and on the bus to Bountiful she encounters a lovely young woman called Thelma (Vanessa Flood) and the two women strike an immediate friendship.

When she arrives at her destination, Carrie meets Greyhound employee Roy (Gavin Lennon) who imparts some bad news. Local Sheriff (Paraic Newman) then comes on the scene to tell Carrie he has been ordered to keep her until her family come and collect her.

It is a captivating piece of theatre. The audience’s sideline view brings us into the centre of the action, we can almost feel the oppressive Texan heat and touch the insects creeping through the night.

It is also a masterclass in acting. Eileen Murphy is utterly compelling as Carrie Watts, you literally cannot take your eyes off her.

Playing her conflicted son Ludie, Roy Davis conveys all the torture of a man torn between his quarrelsome wife and homesick mother. Caolinn Bruen never falters as Jessie Mae.

Bruen is perfectly restrained in her depiction of this irritating woman with an endless capacity to bicker.

Likewise, Vanessa Flood faultlessly captures the sweet, good nature of Thelma, the young woman who meets Carrie in the bus station. In one scene, Flood manages to convey her internal conflict over whether or not to ‘tell’ on Carrie without actually uttering a single word.

Gavin Lennon gives a touching and thoughtful performance as Roy, the bus station employee who meets Carrie at the station.

And even though he is not on the stage for very long, Paraic Newman ideally captures the humanity of the likeable Sherriff who has seen it all.

The final scenes between Carrie (Murphy) and Ludie (Davis) are beautifully played out.