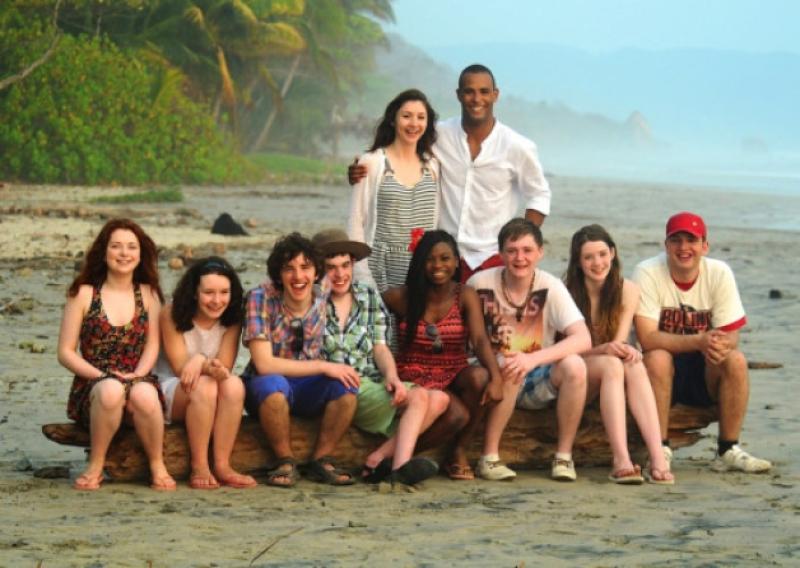 The presenter of a TV series starting on RTÉ Two next week has strong Kenagh links.

The presenter of a TV series starting on RTÉ Two next week has strong Kenagh links.

Daráine Mulvihill, who is a daughter of former GAA Director General, Liam Mulvihill, will team up with Kamal Ibrahim to co-present a new reality TV programme called ‘In Your Shoes’, with the first episode airing on Monday, September 30 at 5pm.

The show will follow four able-bodied teenagers and four teenagers with disabilities as they team up for a trip of a lifetime and the chance to experience incredible challenges from another person’s perspective.

Filming for the series began last spring at Delphi Training Lodge in Co Galway, where the group met for the first time. After bonding and completing an intensive training course to equip them with the skills required for outdoor adventure, all eight were whisked away to Costa Rica. Paired in teams of one able-bodied and one disabled person, the group undertook a series of challenges, including surfing, climbing and rafting.

Over the course of the series, the viewer will get to know the individual personalities, and share their ups and downs.

Daráine and Kamal will mentor the group and will accompany them throughout the series.

Kamal Ibrahim will be a familiar figure to many Irish television viewers, having previously appeared on shows such as ‘ICA Celebrity Bootcamp’ and ‘Masterchef Ireland’, but Daráine has also spent her fair share of time in the limelight.

The 30-year-old from Dunboyne in Co Meath landed a high profile role on UK television last year when she presented Channel 4’s coverage of the London Paralympics, and her own experience with a disability led to her being chosen as a member of the Council of State during Mary McAleese’s presidency.

Daráine’s own challenge with disability stretches back to her teenage years, when she contracted a virulent strain of meningitis at the age of 16. The virus left her close to death and, in a life-saving move, her parents agreed to allow surgeons to amputate both her legs below the knee to prevent the meningitis spreading to the rest of her body.

“My family - mam and dad and the extended family - and my friends remained very positive at the time and I suppose I picked up on that,” she previously told the Longford Leader. “I suppose when you are in a situation that is literally a matter of life and death, you feel really lucky when you come out the other side, so I never really let my disability interfere with my goals or hopes for the future.”

It was this attitude towards her disability that earned her a place on the Council of State, as well as the prestigious Person of the Year Award in 2001.

Daráine’s extended family in the Kenagh area, where her aunt Bridget works as a teacher in the local national school, will no doubt be tuning in to In Your Shoes on Monday nigh next to witness her latest accomplishment.