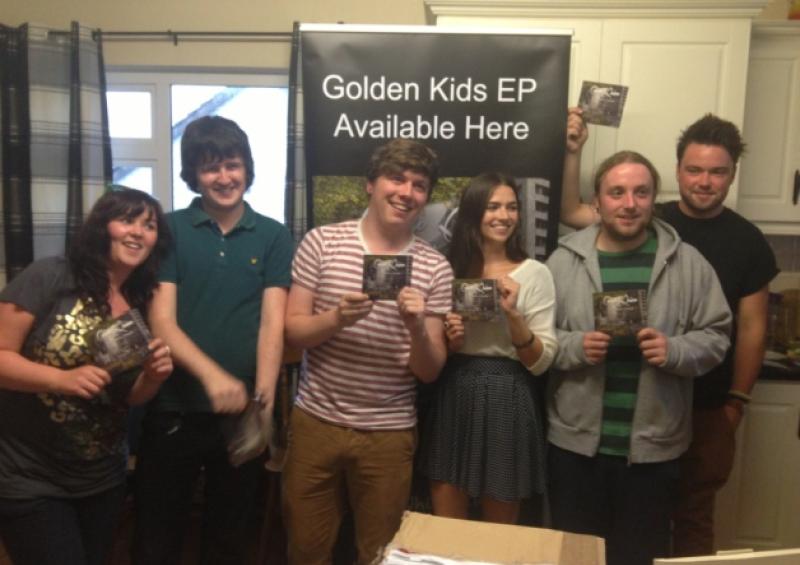 Midlands band Conor Quinn and the White Chalk are making quite a racket on the Irish music scene.

Midlands band Conor Quinn and the White Chalk are making quite a racket on the Irish music scene.

A band rapidly growing in popularity, they have graced the airwaves all over Ireland, appearing on Shannonside FM, Breakfast with Hector on 2FM, Ray Foley show on 98FM and on numerous regional radio stations.

Hailing from Castletown Geoghegan, Co Weastmeath, Conor’s rare music style gained attention from popular artist Bressie, who chose to mentor him on “The Voice”. From there, Conor’s fan base grew as he, along with his band mates “The White Chalk” have moved from The Voice stage, to live stages all across the country.

Fresh from their Electric Picnic debut, an impressive feat for any up and coming band, they have just played the prestigious “Ruby Sessions” in Doyle’s bar, Dublin along with their biggest headline gig to date in Dublin’s “Sugar Club” on Sunday last.

Two of the band’s members, Kevin Farrell and Aisling McCarthy, hail from Co Longford. Kevin, who plays electric guitar, mandolin, mandola, sings and co-writes, auditioned to be a member of the band back in March. “The name The White Chalk came from a Pj Harvey album”, Kevin tells The Longford Leader while discussing how the band formed.

It turns out that the life of a future rock star is everything you might have imagined, “we started in March but it seems like it has been forever because we spend so much time writing, rehearsing, gigging, recording and having the craic”.

Aisling, a friend of Kevin’s, joined the band when they needed a keyboard player. “We’ve played a good few gigs since I joined, one including Electric Picnic which is probably been my favourite experience with the band so far” reminisces Aisling, who also sings backing vocals. Aisling was not on their first EP “Golden Kids” and is looking forward to getting into the studio and recording some new music.

“Golden Kids” had a successful launch in the Crypt, underneath Christ Church Dublin. The EP reached number one in the iTunes charts and is receiving a lot of airplay. When asked if there was an album in the making Kevin told us “the plan is to record and release another EP. We have over 20 songs that we would happily release but we are continuing to write and we are really finding a sound. I am really excited about all of the songs! We hope to record again in November for the next EP which has the working title, Indigo Sound”.