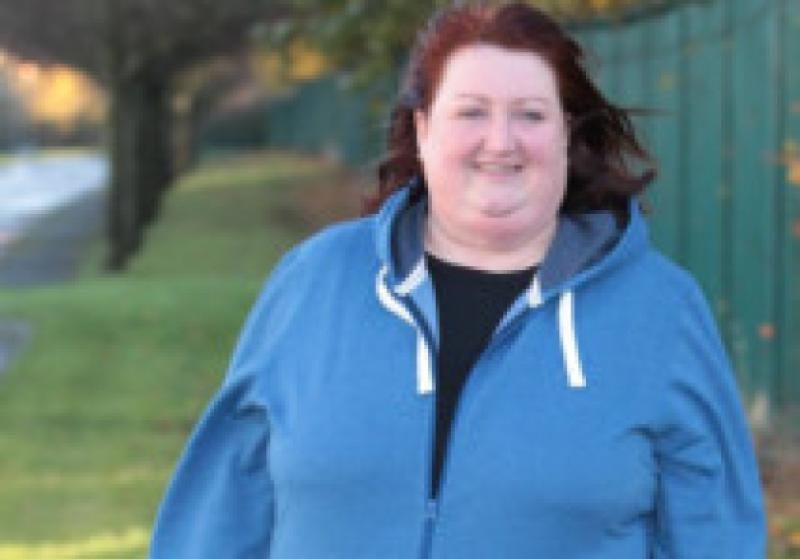 Yvonne Gregory from Granard has been shortlisted as one of the leaders for RTE’s hit show Operation Transformation. On Wednesday, Yvonne was one of 20 contestants put through their paces both physically and emotionally to assess their abilities as leaders.

Yvonne Gregory from Granard has been shortlisted as one of the leaders for RTE’s hit show Operation Transformation. On Wednesday, Yvonne was one of 20 contestants put through their paces both physically and emotionally to assess their abilities as leaders.

As part of a live RTÉ Radio One broadcast, John Murray and his team asked participants to share their personal stories, outline why they think they have what it takes to become a leader for Operation Transformation, and how their weight has affected their confidence, lifestyle and wardrobe to date.

When asked by many why now, at 52, she decided to make this transformation, she replied: “Because now is my time, it is my time for me. I don’t have anyone hanging out of me emotionally or physically and I am free from commitments. My son is nearly finished college, I have done my job as a mother and now it is the time to focus on myself.”

Yvonne has no qualms about saying it like it is when it comes to her weight and how it has affected her life. “I’ll say what I see,” she told the Longford Leader, “when I stand in front of the mirror I see a mess.” Yvonne said she feels trapped inside her own body and now is the time to do something about it.

“My father died two months ago and I had shied away from Facebook for a while. When I finally went on it I saw the advertisement for the show and spent three and a half hours applying. After which I had to upload a photograph and it wouldn’t work. I felt defeated and thought that it wasn’t for me but two days later I gave it another try and they uploaded instantly”.

Immediately Yvonne had doubts as to what she was after doing but thought “whatever will be, will be” and soon enough she got a phone call from the researcher of the show asking her about herself. She later got a second phone call from the researcher asking could she come down and visit Yvonne and her family. The visit lasted three hours and last week she was told she had made it through to the Dublin leg of the competition.

“I feel really fantastic about getting this far, it is such a great achievement. I feel like no matter what now I have come this far and achieved something.”

Yvonne took a lot from the day in Dublin, and it wasn’t just for the organisers of the show to learn about her, she also learned a lot about herself: “I have overcome doubts about my self-image and I no longer feel inhibited. I no longer feel embarrassed about getting into a swimming pool and I don’t care who sees me. I no longer care about pre-conceived ideas or other peoples comments.”

Yvonne spoke about the danger of food and how it is ignored. “Being overweight has a lot more to it than weight, there is as much combined emotionally as physically. Some people take to the drink when they are feeling sad and drink is considered an addiction. Food is as well; when it is abused it can be dangerous.”

Having lost two stone and kept it off by attending Slimming World, Yvonne does not intend to stop, no matter what the outcome: “I got an awareness of myself from the trip to Dublin. Even if I don’t get chosen as a leader I will go on myself and follow the show and the other leaders.”

The chosen finalists will be revealed live on the John Murray show at 9am on RTÉ Radio One between Monday and Friday, November 25-29. Kathryn Thomas will travel to the homes of the five selected leaders to unveil their participation in the series.