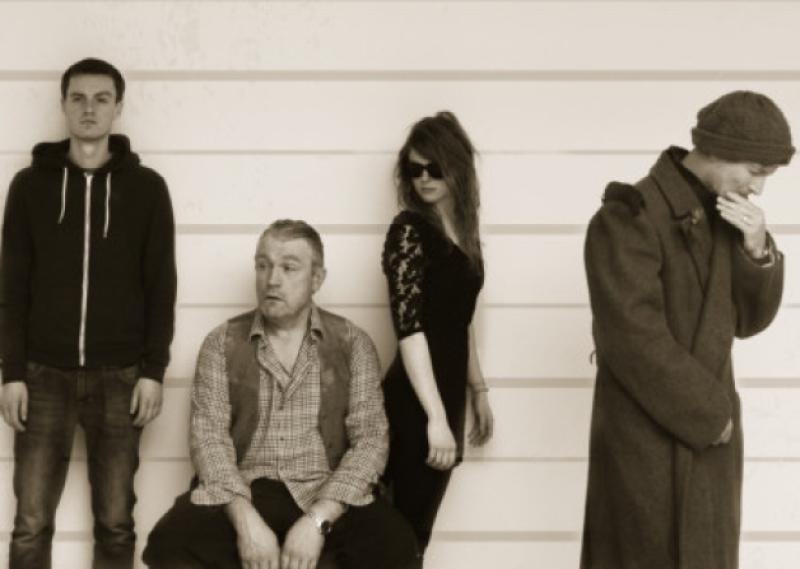 Seamus O’Rourke brings his new comedy ‘Stalemate’ to the Backstage Theatre this month for a three-night run at the Longford town venue.

Seamus O’Rourke brings his new comedy ‘Stalemate’ to the Backstage Theatre this month for a three-night run at the Longford town venue.

Having not only written and directed the play, Seamus will also play the lead role of Paddy English, a barman who is held at gunpoint in the basement of his pub by rookie criminals Mary Donlon (Fiona Maria Fitzpatrick) and Marcus Sheridan (Jamie McClean). It’s 4am and the criminals strike while the night’s takings are still on the premises, so what could possibly go wrong for the thieves? Could John Francis Milton (Tommy Sharkey), who stops by to collect slops for his greyhound, alter their plans in some way? And what if someone recognises one of the robbers?

O’Rourke has been causing quite a stir in theatrical circles with hit productions such as ‘Victor’s Dung’, ‘Ride On’, ‘The Sand Park’, and ‘For Club and Country’ all under his belt. His latest play marks the fifth time Backstage’s Canal Studio has undertaken an in-house production. It stars Longford’s own Jamie McClean, familiar to many for playing the role of Flynn in the current series of McDonalds TV ads, and Fiona Maria Fitzpatrick from Belturbet. Fiona previously worked with Seamus when they both starred in ‘The Pitch’. Also appearing on stage is Tommy Sharkey from Cavan town, who has also starred in Victor’s Dung and For Club and Country.

The play will embark on a nationwide tour, but Backstage audiences have the first opportunity to catch the show when it opens at the theatre next week.

It comes to Backstage from Thursday 16 – Sat 18 May and is booking up fast, so early booking is advised. Tickets can be purchased from the Backstage Theatre box office on 043 33 47888 or www.backstage.ie, and from Farrell & Coy in Longford town.